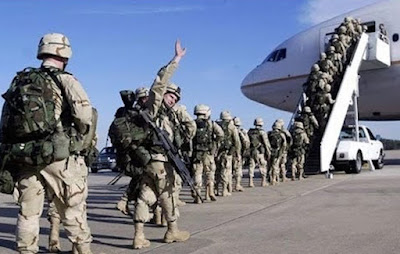 What everyone is most upset about with regard to Syria isn't the bloodshed or anything having him do with human rights. It's the decline in American control of the Middle East. This is 100% about US imperialism taking a hit.

A series of Donald Trump's decisions, culminating in the decision to withdraw US troops from Syria, has set off a cascade of effects that are dramatically changing the geopolitics of the Middle East and the internal politics of the United States.

At that time, in the wake of the fizzling out of the Mueller Report and testimony on Russian "collusion," the new smoking gun was "obstruction of justice." "The evidence is overwhelming," Jamie Raskin said, echoing more than 90 of his Democratic colleagues, "10 different episodes of presidential obstruction of justice." Walls closing in.

Somehow, even after Mueller's " very, very painful " testimony, the impeachment drive by the Democrats had intensified to the point that it was de rigueur for every major Democratic presidential candidate, and for anyone calling themselves "progressive," to demand impeachment proceedings. Because "obstruction of justice."

Related Topic(s): Impeachment; Iran; Israel; Neocons; Republican Leadership Conference; Senate Republicans; Syria; Syrian Withdrawal, Add Tags
Add to My Group(s)
Go To Commenting
The views expressed herein are the sole responsibility of the author and do not necessarily reflect those of this website or its editors.