Click Here to Remove All Ads
Go to sourc 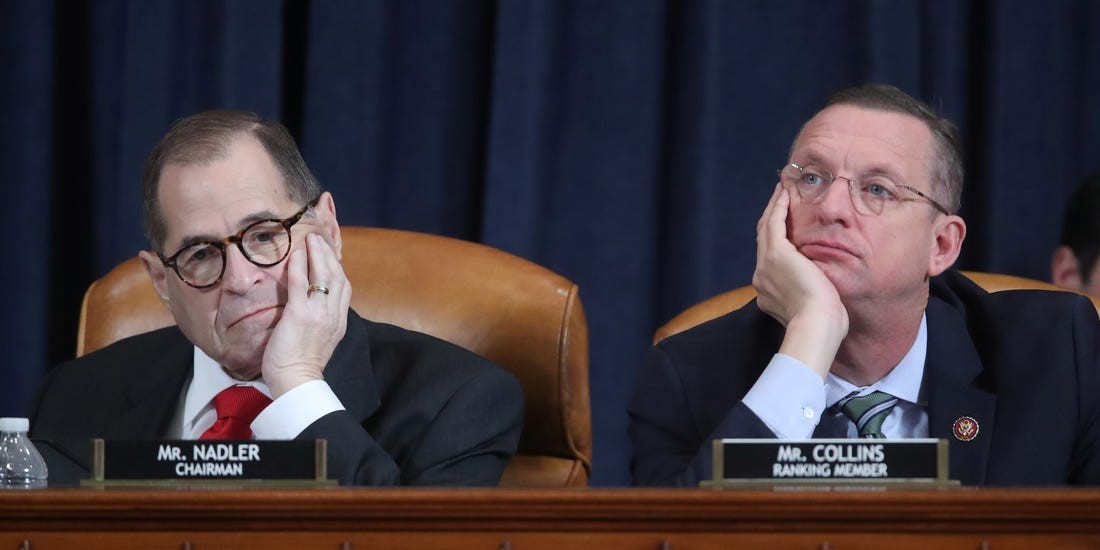 The Democrats have now revealed the hand they're going to play for impeachment. I have been vehemently arguing against playing this game and pointing out how futile it is, but, seeing the two cards actually laid out on the table, even I am gobsmacked at what a loser of a hand they've got.

Of course, we have to recognize Gerald Ford's correct point that "An impeachable offense is whatever a majority of the House of Representatives considers it to be at a given moment in history", and accept that the Democratic majority in the House at the present moment will determine that their two charges against Trump are impeachable offenses.

But it's equally true that an 'acquitable' charge is whatever more than a third of the Senate considers it to be, and the issue will finally be decided by the political support the charges can muster from Republican senators and their constituents.

Related Topic(s): Articles Of Impeachment; Impeachment; Iran; Iran War; Israel; Nancy Pelosi; President Trump, Add Tags
Add to My Group(s)
Go To Commenting
The views expressed herein are the sole responsibility of the author and do not necessarily reflect those of this website or its editors.