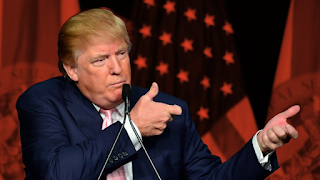 "Praise be to God, who made our enemies fools." - Ayatollah Khamenei

I've been writing and speaking for months about the looming danger of war with Iran, often to considerable skepticism.

In June, in an essay entitled " Eve of Destruction: Iran Strikes Back ," after the U.S. initiated its "maximum pressure" blockade of Iranian oil exports, I pointed out that "Iran considers that it is already at war," and that the downing of the U.S. drone was a sign that "Iran is calling the U.S. bluff on escalation dominance."

In an October essay, I pointed out that Trump's last-minute calling off of the U.S. attack on Iran in June, his demurral again after the Houthi attack on Saudi oil facilities, and his announced withdrawal of U.S. troops from Syria were seen as "catastrophic" and "a big win for Iran" by the Iran hawks in Israel and America whose efforts New York Times (NYT) detailed in an important article, " The Secret History of the Push to Strike Iran." I said, with emphasis, "It always goes to Iran," and underlined that Trump's restraint was particularly galling to hard-line zionist Republican Senators, and might have opened a path to impeachment. I cited the reported statement of a "veteran political consultant" that "The price of [Lindsey] Graham's support" would be an eventual military strike on Iran."

And in the middle of December, I went way out on a limb, in an essay suggesting a possible relation between preparations for war in Iran and the impeachment process. I pointed out that the strategic balance of forces between Israel and Iran had reached the point where Israel thinks it's "necessary to take Iran down now," in "the next six months," before the Iranian-supported Axis of Resistance accrues even more power. I speculated that the need to have a more reliable and internationally-respected U.S. President fronting a conflict with Iran might be the unseen reason-behind the flimsy Articles of Impeachment-that explains why Pelosi and Schumer "find it so urgent to replace Trump before the election and why they think they can succeed in doing that."

So, I was the guy chicken-littling about impending war with Iran.

Related Topic(s): Iran; Iran Nuclear Deal; Iran War; Iraq; Israel; Secretary Of State Mike Pompeo; Soleimani; Trump Presidency, Add Tags
Add to My Group(s)
Go To Commenting
The views expressed herein are the sole responsibility of the author and do not necessarily reflect those of this website or its editors.