Series Created By Mike Rivage-Seul (23 articles.) (View How Many People Read This) 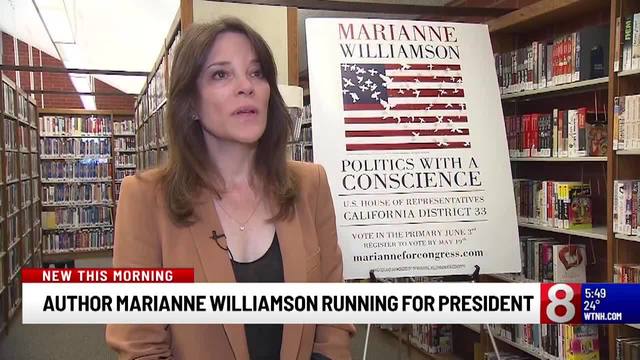 This is a series on Marianne Williamson and her candidacy for President of the United States. The series will explore parallels between her platform (as articulated in her 20th anniversary edition of "Healing the Soul of America") on the one hand and "A Course in Miracles" (ACIM) on the other.

Postings to follow will also connect ACIM and Williamson's policies with liberation theology the most important theological development of the last 1500 years, and the inspiration for the Global South's most effective social movement since the middle of the 19th century.

The thesis here will be that Marianne Williamson is actually a U.S. liberation theologian, but in the tradition of 19th century abolitionists, as well as that of women suffragists, Martin Luther King, and Mohandas Gandhi.

As such, her candidacy promises our country the revolutionary impetus that liberation theology provided for the profound socio-political changes Latin America has experienced over the last six decades.

Apart from more formal explanations of this thesis, the latter's point will be made in the form of weekly Sunday homilies reflecting on the narratives of Jesus' words and deeds as presented in each week's liturgical readings.