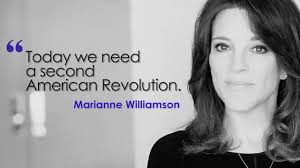 Today is Pentecost Sunday. Fifty days after Easter, it celebrates the day that followers of Jesus decided to overcome their fears and form a community to carry on Jesus work of introducing what he called the Kingdom of God as an alternative to Rome's Kingdom of Caesar.

Whether the realization dawned on Easter day itself (as in today's Gospel reading from John) or 50 days later (as described in the first reading from the Acts of the Apostles), today's celebration reminds us that Jesus' Spirit stands 180 degrees opposed to that of empire the spirit of the world. That's because Jesus' Spirit is embodied in the victims of empire's torture and capital punishment. It recognizes the poor rather than the rich as the bearers of peace, joy, and prosperity. That's what John means by recalling that before conferring his Spirit of Peace, Jesus "showed them his hands and his side." That's what today's Sequence means when it identifies Jesus Spirit as the "Father of the poor."

During this election season, I cannot help connecting those Pentecostal insights to Marianne Williamson. That's because alone among Democratic presidential candidates, she specifically recognizes the incompatibility between Jesus' teaching that prioritizes love and forgiveness and the spirit that governs our world characterized by fear, greed, lies, and violence. For Williamson, such opposition remains a spiritual truism, whether we connect it with Jesus, Moses, Mohammed, Krishna, the Buddha, or simply with LIFE or NATURE. Acknowledging that, Williamson's candidacy is calling for a national change of consciousness from fear and greed to one driven by love and compassion.

Yes, she dares to do that with great specificity! And her wisdom and sincerity in doing so can hardly be questioned. In fact, we know more about Marianne Williamson, her philosophy, spirituality, and the workings of her mind than any other candidate. That's because she's spent, more than 30 years talking about nothing else. It's all part of the public record. She's used her spirituality (what today's liturgy identifies with the Spirit of Jesus) to help individuals, couples, and congregations reach depths of critical thinking that even progressives might consider far too radical. For instance, she holds that:

Insights like those have been among Marianne Williamson's guiding convictions for more than 30 years. And at least since 1998 and the publication of her Healing the Soul of America, she has scandalized many of her would-be followers by connecting her profound spirituality to deeply radical politics. In that book, she predicted the rise of a force like Donald Trump if the "higher consciousness community" and the rest of us failed to make similar connections. The title (and content!) of her latest book, The Politics of Love, doubles down on the radicalness of her analysis.

Imagine governing our country and the world according to the Spirit described in today's readings. They are crystal-clear in their contradiction of what we've been led to accept as normal and unavoidable in the realm of politics. Review the readings for yourself. They tell us that Christ's Spirit:

Isn't it true that most Americans, who describe themselves as somehow "Christian," would find the convictions just listed as unrealistic or even suicidal if applied to politics?

But, of course, those ideals have never been tried. And, according to Williamson, that's just the point. Failure to apply the spiritual insights advocated by Jesus and those other spiritual avatars have led us to our present impasse. That "realism," she observes, is what's really suicidal. It's destroying our planet and threatening us with nuclear holocaust. For Williamson, making America great again means following a radically different path. It means following the example of Quaker-inspired abolitionists, of the similarly motivated suffragettes, of the Baptist preacher Martin Luther King, of war-resisters like the Catholic priests Phil and Daniel Berrigan, of Dorothy Day and Mohandas Gandhi. Those figures and the tradition they represent constitute the truly "great" part of the American tradition.

To put it bluntly, Marianne Williamson, like the feast of Pentecost itself, is asking Americans to overcome their fears and form the beloved human community envisioned by Jesus, King and those others. But to do so, she says, we must completely reject everything empire values as true and worthy. Instead, Williamson invites us to recognize solidarity with those empire actually despises. Russians, Chinese, Iranians, Venezuelans, Syrians, North Koreans, Muslims, immigrants, the poor in general, even ISIS fighters, and especially the world's children are beloved by God. Rather than rejection, wars, dronings and sanctions, they deserve respect and inclusion in any negotiations that affect them. At the same time, those actually in power are often thieves, sociopaths and criminals. They deserve compassion but must be treated accordingly. All of that encapsulates the radicalness of Marianne Williamson's approach to politics. It also encapsulates the Spirit of Jesus his ultimate gift celebrated this Pentecost Sunday. Is that too radical, even for Christians, even for progressives? The alternative, Williamson reminds us, is just not working out.

Related Topic(s): Consciousness; Election; God; Jesus; Marianne Williamson; Peace; Politics; Spirituality; Sunday, Add Tags
Add to My Group(s)
Go To Commenting
The views expressed herein are the sole responsibility of the author and do not necessarily reflect those of this website or its editors.