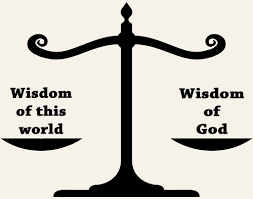 Marianne Williamson's campaign is not dead. True, we will not see her on the stage of the third Democratic debate. Although she has the required number of donors, Williamson has not yet attained the necessary 2% in four polls approved by the Democratic National Committee (DNC). Nonetheless, her campaign continues its concentration on Iowa, where she's been working for the last several months. Her people confidently anticipate her participation in Debate # 4.

Recently, the New York Times (NYT) ran a long very positive column on Marianne. It was called "The Gospel according to Marianne Williamson." It reminded readers of Ms. Williamson's identity, her growing and highly enthusiastic audiences, and the persuasive power of her remarkable eloquence.

The article assured readers that Williamson is far more than some New Age guru or the spiritual advisor of Oprah Winfrey. Jokes and criticisms aside, she has nothing to do with crystals or burning sage. Instead, she is a widely-hailed, best-selling author, spiritual teacher, counsellor, and generally wise person. For more than 40 years, she has been a student and teacher of A Course in Miracles (ACIM), a book published in 1976) which Williamson describes as "basic Christian mysticism."

It's that latter qualification Williamson's connection with Christian mysticism that makes her continued campaign extremely relevant to this Sunday's liturgy of the word. That's because the theme of today's readings contrasts the wisdom of God with the wisdom of the world just as does ACIM. Serious consideration of that contrast illustrates the unique importance of Marianne Williamson's candidacy at this particular juncture in the history of our nation and world.

For ACIM, the world's wisdom is based on fear; God's wisdom is based on love. In fact, according to A Course in Miracles, love and fear are the only two motivational forces in the entire world. That's true in our personal relationships, but also in politics. Either we see others as enemies poised to attack us at every opportunity, and act accordingly. Or we recognize our very selves in those the world would teach us to fear, mistrust, and hate.

More specifically, the politics of fear sees Muslims, Russia, China, the Taliban, ISIS, immigrants, people of color, LGBTQQIAAPs, and poor people in general as our enemies. Meanwhile, a politics based on love recognizes that none of those the world teaches us to fear is basically hostile. Rather, when we take 100% responsibility for the problems designated enemies ostensibly represent, a path opens up to achieving peace with all concerned.

Does such conviction seem woo-woo or unrealistic to you? If it does, please be reminded first of all, that such belief is basic not only to Christian faith, but (as Williamson constantly reminds us) to all the world's great religious traditions, including Islam. It is basic also to many secular traditions that consider themselves atheistic or agnostic.

Secondly, remember that according to Christian faith, "God" is synonymous with "love," so that Williamson's "Politics of Love" means the politics of God. That means (thirdly) that rejection of political love as woo-woo trivializes Christian faith and Jesus himself.

With all of that in mind, please read for yourselves this Sunday's liturgical readings. (You'll find them here.) To repeat, they contrast the wisdom of the world with the Wisdom of God. In any case, and for what it's worth, here are my "translations" of their content. Their thoughtful review will help you see what I'm getting at in saying that Marianne Williamson's "Gospel" is far deeper than revealed in the NYT article just referenced.

The wisdom of God
Unlike the world's
Is sure and decisive.
For human thought processes
Focused on the body
And its shifting reality
Are necessarily confused.
Hence, we cannot judge wisely
Without assistance
From the Holy Spirit
Who consistently reveals
God's Reality
As filled with love.

This is because
Time has no meaning
For God.
Everything but Love
Passes in an instant.
Consequently
Our prayer must be:
"Teach us
Your changeless vision
Filled with kindness
Joy and gladness."
Only such
Synonyms for love
Give meaning
To our lives.