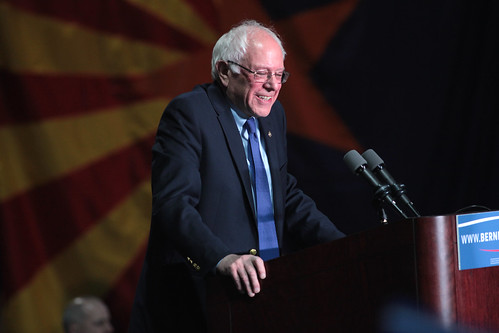 First fatal major media shooting of June. Probably not the first actual shooting, that probably occurred in some poor neighborhood shortly after midnight. But the first one that garnered camera time was the murder suicide at UCLA on Wednesday. President Obama -- and VEEP Joe Biden -- tried to pass meaningful gun reform legislation after the horrendous Sandy Hook tragedy, to no avail. Obama's subsequent executive order to tighten background checks had little effect -- if any -- on the number of needless gun deaths over the last few years.

Given the (presumed) choice between a president Clinton or Trump in 2016, you can be sure nothing will change. And in Trump's case, his Supreme Court picks could assure teachers in elementary schools were armed to the teeth. Cuddling up to smelly Ted Nugent, Trump said he'd like to see guns in every school and would end "gun free zones," even though his hotels and casinos are gun-free. Go figure. As Greg Palast said, we live in an armed madhouse.

Meanwhile, Bernie Sanders and Hillary Clinton are in a statistical dead heat in California for next Tuesday's primary, where a whopping 475 delegates are up for grabs, which is why the Hillary surrogates are beating the bushes arguing that Bernie is "hurting the party" with his continued campaign. Uh -- how does that work again? If Sanders has energized a new democratic voting populace to register to vote, how does that hurt the party? Oh, it hurts YOUR bastardized version of the party -- I get it. The one where Hillary is to get the nod, regardless of what the people actually want. Got it.

The only thing Bernie's campaign hurts is the optics for Hillary if she loses California, and therefore the entire west coast. That would be "bad optics" as the pundits like to say.

One thing that might help Bernie at this point is if he started giving a damn about her damn email! As Huffington Post explains, (and as we have at length), the scandal could be her downfall. Why hide from it now?

"Bernie Sanders must go on the offensive politically regarding the FBI's investigation of Clinton's emails and address the serious national security implications of this controversy. The current spin regarding the latest State Department report, from the Clinton campaign and supporters, focuses solely upon record-keeping. The mounds of paper Hillary Clinton would have needed to print (in order to abide by existing guidelines), or the archaic technology at the State Department have been integral to creating the narrative this story is simply about 'emails.'

"However, a recent CNN piece titled State Department report slams Clinton email use explains how the report destroys Clinton's convenience narrative. The State Department report states the Inspector General's office 'found no evidence that the Secretary requested or obtained guidance or approval to conduct official business via a personal email account on her private server.'

"Therefore, since nobody at the State Department authorized Clinton's server, and she broke State rules and guidelines, her convenience excuse is now obsolete.

"Every legal defense of Clinton rests upon the notion that convenience, and not intent, was the reason to own a private server for both work and personal emails.

"Today, we know that Clinton's email practices weren't condoned, by either the president or State; intent is now front and center in this story. If Hillary Clinton intentionally used a private server to hide communication from the government and public, legal consequences are certain. However, gross negligence is enough to prosecute under the Espionage Act, and Clinton somehow managed to transfer Top Secret information onto an unguarded private server.

"Bernie Sanders should address the Top Secret intelligence, at this juncture and before indictments. Transferring state secrets onto a private server is a felony, and something Colin Powell and others never did, when using private email.

"Clinton's email controversy isn't about 'emails.' Rather, it's the reality Clinton could have easily jeopardized national security.

"Emails from Hillary Clinton's home server contained information classified at levels higher than previously known, including a level meant to protect some of the most sensitive U.S. intelligence, according to a document obtained by NBC News.

"In a letter to lawmakers, the intelligence community's internal watchdog says some of Clinton's emails contained information classified Top Secret/Special Access Program, a secrecy designation that includes some of the most closely held U.S. intelligence matters...

Kathy never expected a career in radio as a talk show producer. Born and raised in Atlanta, Georgia, Kathy was completing her nursing degree when in 2001 - in an emergency - she was asked to fill in as the producer of Mike's program. Within a few (more...)
Related Topic(s): Bernie Sanders; Delegates; Email; Hillary Clinton; Primary, Add Tags
Add to My Group(s)
Go To Commenting
The views expressed herein are the sole responsibility of the author and do not necessarily reflect those of this website or its editors.