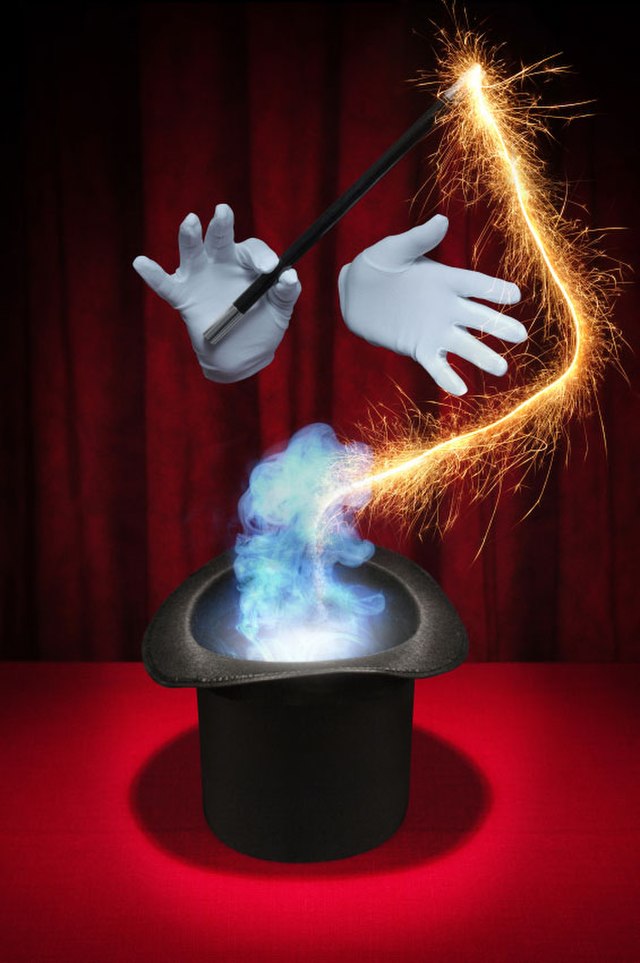 It's Magic
(Image by (From Wikimedia) Magicianidris, Author: Magicianidris)   Details   Source   DMCA
Just a few decades ago, a standard reference book could be found on the desk or bookshelf of just about anyone who did any serious writing. Today, writers generally use a computer and a search engine to look up similar or opposite words, but that is just a recent phenomenon so even today, many older people retain the habit of using a yellowing thesaurus printed years ago as a book.

We all have an intuitive grasp of what opposites are and seldom give the concept much consideration, but we now devote some time to it because opposites have an important bearing on voting and especially on balanced voting systems.

If asked to name the word that is the opposite of "ugly" you might look it up in your old thesaurus and find it is "pretty" or more likely you might name the same antonym without bothering to look it up. Then again you might reply that the antonym is actually "beautiful" or perhaps "handsome" or some other word, often with a slightly different shade of meaning. Such is the nature of our natural languages, we can have a variety of quite different but quite legitimate choices of words with different shades of meaning; there is not just a single antonym just as there is rarely if ever just a single synonym.

But in another context, namely the field of logic, there is just a single, well defined meaning for "opposite". In the field of logic, the opposite of "ugly" is quite simply, "not ugly". The opposite of "not ugly" is "not not ugly" and it is axiomatic, at least in standard logic that this is equivalent to "ugly". Double negatives are strictly enforced in logic, but perhaps more important for our purposes, this is a binary relationship. There are only two states, "ugly" and "not ugly". And it is worth noting that when we consider some trait that naturally is a binary trait (for example an electric circuit that is either on or off, or an animal that is either alive or dead) then the linguistic notion and the logic notion of the word "opposite" are in complete agreement. But most traits admit more than just two values and in that more common case the linguistic notion of opposite is quite distinct from the logical one.

In an earlier article we discussed a voting method called Approval Voting where voters are asked to check off which of the many candidates they approve for the office. And obviously, if a voter does not mark approval for a candidate then the voter does "not approve" of that candidate. Thus, Approval Voting uses the logical sense of opposite, giving the voter an exhaustive selection of just two possible choices for each candidate. Linguistically, we might choose the word "disapprove" as the antonym for "approve" but this is not the actual meaning of failing to mark the "approve" box. "Disapprove" has a quite distinct meaning from that of "not approve" because there are other possibilities. After all, a voter may not know anything about the candidate and neither approve nor disapprove of her. And there are other possibilities such as being quite familiar with the candidate but being ambivalent about whether the candidate would be a good choice for the particular office. The trouble is that there are more than just the two states of "approval" and "disapproval"; this is not a binary system and the logical meaning of opposite is not at all the same as the linguistic one.

Many of us probably recall taking multiple choice exams and being asked to choose from a list of answers to a question where all of the available answers appear to be incorrect; some of us may even recall a similar predicament when being grilled by a manager or an attorney insisting on a "yes" or "no" answer to a question that was unclear or nuanced so that both "yes" and "no" seemed misleading or at least incomplete. A multiple choice question itself can be defective and unfortunately it is quite possible to put such defective questions on a ballot; but clearly a defective ballot is something that can and should be avoided. A multiple choice question on a ballot ballot should always exhaust the possibilities if we expect to get meaningful election results or to avoid voter frustration. In particular this is the case when the options include "approve" and "disapprove". Without at least one additional "else" option, this is simply a defective question.

In an early article we described a system of voting called Balanced Approval Voting (BAV) in which voters are asked to check-mark one of two boxes for each candidate, the boxes indicating approval or disapproval of that candidate. On the face of it, that might seem to be a defective question for each candidate since, as noted earlier, "Approval" and "Disapproval" do not exhaust the possibilities. However, the ballot is not actually defective because a voter who neither approves nor disapproves of a candidate can, and in fact is likely, to leave both boxes without check marks or perhaps check-mark both of them. In either case, the counting of votes simply ignores (equivalently, counts as a vote of zero) the ballot for that particular candidate. In effect, there are three possibilities for each candidate, "approval", "disapproval", and "neither approve nor disapprove". That actually is an exhaustive list of possibilities so asking a voter to choose one of the three options is entirely legitimate.

It is not immediately obvious whether it is even possible to allow "approval" and "disapproval" on a ballot without allowing that third alternative of "other". Certainly with a paper ballot it is not only possible but a near certainty that both boxes will remain unchecked on some ballots and consequently some rule will have to be established for that eventuality. Of course it would be possible to simply throw out the entire ballot as spoiled in this case, but surely that would raise considerable anger among voters who were driven by their honesty to check neither box. Another possibility, with voting machines, is to enforce the rule to check exactly one box for each candidate but it is likely that some voters would be infuriated with that as well. So why not just recognize that the third option as something that is not just useful but actually necessary for a coherent election?

Just as there are many people who have formed an emotional attachment to Instant Runoff Voting there are other people, though seemingly a smaller in number, who have developed an emotional attachment to Approval Voting. You might recall that with AV, voters are asked to mark which candidates they approve for election. The conventional way to count the votes is tally for each candidate the number of voters who mark approval. Equivalently, the count can be computed as a sum with 1 added for ballots that approve the candidate and 0 added otherwise.

AV is a good voting system that is a significant improvement over plurality voting. But AV is not balanced and that fact hinges on the distinction between the linguistic and the logical meaning of "opposite". By not marking a candidate as approved the voter is simply indicating that the candidate is not approved, and as we have noted before, that falls short from indicating the candidate is disapproved. Nonetheless, people find it easy to confuse the logical with the linguistic meanings of "opposite".

Advocates of approval voting will point out that one could assign, in an AV election, approval as having a value of one and non-approval having a value of minus one and it is not hard to demonstrate that this is equivalent (in the sense of who wins the election when the votes remain identical) to making the value assignment of 0 and 1. Actually though, this amounts to a slight-of-hand, a ruse (deliberate or not) that serves to confuse non-approval with disapproval.

Nearly always in an election using approval voting there is just a single check-box, but one can at least imagine such an election with two boxes, one marked "approve" and the other marked "not approve" (at least this could be done using some mechanism such as a voting machine to enforce the rule that the voter must check exactly one of these boxes for each candidate). In this form it becomes clear what is happening in this slight-of-hand. The vote count will yield the same electoral results whichever counting method is used. But one can make this claim only if one assumes that the labels on the check boxes remain exactly the same (and this requires that the voters are unaware of the change in counting method). It matters not whether the count uses -1 and 0 or alternatively, 0 and 1. But if one changes the labels on the boxes of course the vote will turn out differently. It becomes a different election with different votes and that is the crux of the slight-of-hand.

The conventional counting using 0 (not approve) and 1 (approve) produces a count of the voters who approve of the candidate while using -1 (not approve) and 0 (approve) actually provides a count which is the negative of the number of voters who do not approve of the candidate. The slight-of-hand is in using this change of meaning of the totals to suggest that changing the labels on the two boxes to "disapprove" and " not disapprove" is a reasonable thing to do. But when that switch of labels happens, the vote counts can change. The change in the labels makes it a different election and the results cannot be expected to stay the same; the voters who are ambivalent about the candidate will opt for checking the "not approve" or the "not disapprove" box, whichever is on the ballot and this is what could change the winner of the election.

Just as the value assignments for the two boxes can be changed from the natural assignments of 0 and 1 to -1 and 0, they can also be changed to -1 and +1. With respect to determining the winner of the election it just does not matter so long as the labels remain unchanged. But this equivalent (but not as natural) vote counting method can be used to suggest that approval voting is balanced (by adopting the slight-of-hand switching of the "not approve" label to the "disapprove" label. Of course, as we noted before, this creates a defective ballot because "disapprove" and "approve" do not exhaust the possibilities. But the important factor is the altering of the "not approve" label to read "disapprove". That is the change that makes for a quite different election.

A concerned citizen and former mathematician/engineer now retired and living in rural Maine.
Related Topic(s): Alternative; Approval Voting; Balanced Voting; Logic; Third Parties; Voting; Voting Integrity, Add Tags
Add to My Group(s)
Go To Commenting
The views expressed herein are the sole responsibility of the author and do not necessarily reflect those of this website or its editors.