My main beef here is with the censorship of Vaxxed. Whether these points, and Thompson's evidence, should be accepted or rejected is a fair subject of discussion. The impediment to such a discussion is never the evidence and data (of which there is too much) or the logic and arguments (which are kind of elementary), it is always the ideologically-driven--in this case, self-righteous--refusal to see them. In this case, too, what must be refused is some kind of command that you must not see them.

I urge those who are not fixed in that refusal, or intimidated by that command, and are disturbed by the horrific, unprecedented epidemic of autism in American children, and who want to know if there really was data showing a 300% increased risk among African-American boys, to see Vaxxed (and Trace Amounts, which explains why autism affects boys more than girls). Autism rates among American children have increased steadily from 1 in 10,000 to 1 in 68 (or 1 in 45) in thirty years. We should not be forbidden reasonable inquiry into what could make that happen, in every region of the country, at a rate of 6-15 percent a year. An MIT Researcher in the film plots that, at today's rate of increase, by 2032, 50% of children, and 80% of boys will be on the autism spectrum. Find that incredible? Pick your slightly less horrific projection.

Nobody, including the CDC, claims to have an answer to this, and nobody can claim the right to shut down debate about it. We should certainly not be satisfied with the insulting suggestion that it's not happening, that it's a semantic problem: there's no increase in autism, we diagnose more things now--with the implication that scientifically-illiterate parents, before they started reading stupid stuff on the internet, just didn't notice their children suddenly--overnight!--becoming non-verbal and repetitively banging their heads against the wall.

Going for the liberal-guilt jugular, Penny Lane charges that "very possibly people will die as a result" of anyone showing this move. Well, if you've known anyone who's had a child--not possibly, but actually--regress to an autistic state within hours of an MMR shot, if you see this happen in before and after video, as you can in Vaxxed and Trace Amounts, and you see the heart-wrenching, lifelong, ordeal this puts families through--tens of thousands of families a year--then you, and every one of those parents, and every one of their doctors, has the right to see and examine all the evidence and ask all the questions s/he damn well wants about how this happens, and about what and who may be responsible for that. And nobody, not even Penny Lane, has the scientific, political, or moral authority to shut that inquiry down. 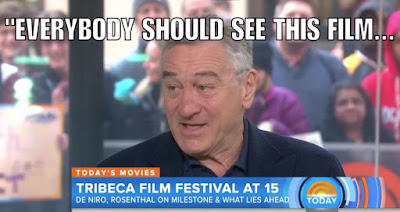 [1] Bruce Franklin, "The Teaching of Literature in the Highest Academies of the Empire,"