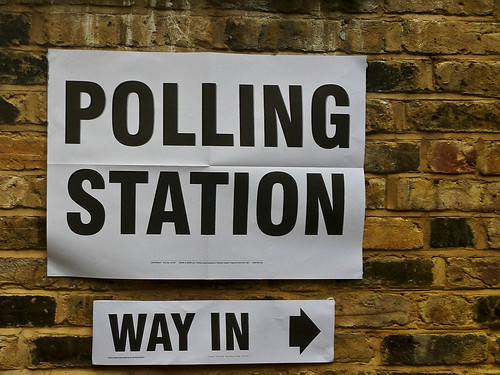 On my first day of college, the professor of my Government and Politics Class started off the class with this often quoted piece of wisdom: "There are lies, damn lies and statistics." This brilliant woman, for whom I would grow to have incredible respect could not have spoken more perfect words as warning for the academic endeavor we were about to undertake.

Our textbook was actually one of the better books I've ever studied from in that it covered the aspects of government and civics, but along with it came a disk absolutely loaded with demographics, statistics and polls. As we learned the ins and outs of the political process we would bounce back and forth to the disk in a sort of "how this would work in the real world with a real populations of voters" kind of exercise to learn how to realistically apply what we were learning. This was a smart approach, because politics doesn't happen in the static way that any book can teach. It's a living machine whose moving parts are the voter's shifting beliefs.

Polls, when conducted properly can provide useful information as to how well the machine of government is working. Is it producing an end product that represents the design of the machine? If not, why? If polls consistently indicate that a large percentage of the populace holds a given agenda, but that agenda is not reflected in the function of government, then one of two things is happening, the polls are not accurate or the will of the people is being subverted.

Polling is tricky business. Any number of things can affect the outcome of a poll, from how the question is phrased to the order in which the questions are asked. It can be biased based on the sample of people who are given the poll. Obviously if the poll is given to only democrats or only republicans, the outcome will be vastly different, so a diverse sample representative of the general population must be polled. But even when a poll is designed very well and is given to a good sample audience, there is still another avenue for distortion. Those looking to bolster one candidate over another or lobby for a given idea will cherry pick the poll for results that support their bias, rather than providing the results in an honest neutral way.

Perhaps they will give accurate information but out of context of the larger body of data. A recent example of this was CNN's April 27 reporting of the Kaiser study on a national health care plan. The title of the piece was "Democrats are more moderate on health care than you think" This title is interesting because right off the bat it assumes that the public has a perception that Democrats are too extreme on health care and implies that it is good news that the public is wrong. The suggestion is that being moderate on health care is good. When the very headline of an article is that loaded you can only imagine what the article says. So the article starts out stating that 52% of Democrats and Democratic-leaning Independents prefer that Congress spend their time improving and expanding the Affordable Care Act with only 39% preferring that they pursue the medicare for all option. This seemed unusually low to poll numbers I had heard before on the issue, so I went to look at the poll myself.

In the very first paragraph of the poll, it states "Overall, about six in ten adults favor a national health plan or Medicare For All plan" Of course that was a huge discrepancy from 39% reported by CNN and the larger percentage was of "overall voters", not just Democrats and Democratic leaning independents, which should be even higher. It then goes on to say " In addition, nearly half of Republicans and majorities of independents and Democrats favor an optional Medicare-for-all plan (Figure 10)" HALF of all Republicans and a MAJORITY of Democrats favor medicare of all. So why was CNN reporting a 39% statistic?

So I continued to read. Another question showed varying support based on a difference in terminology used to describe a government health care plan. Calling it Socialized medicine got the lowest support of 46% which is still pretty high, while calling it Universal Health Care or Medicare for All each got 63% support. The only percentages that showed a lower than 50% support for Medicare For All were ones in which the question was phrased in a way that suggests a ranking of ideas by importance. So although support for medicare for all came in third on a list of priorities of what is MOST important, at the top of that list was lowering the cost of prescription drugs. Given that Medicare For All includes this priority, in reality it also shares that top spot.

The other question which was cited was a specific question concerning what the voters believe the congress should devote most of their time to. Given that most voters clearly understand that the framework of congress is negotiating from the ideal (which clearly is medicare for all in the voter's minds) to what is attainable in divided government (ACA), we see the effect of bias. This question, like the title, pulls to the front of the mind that the voter needs to be realistic and support the "middle of the road" option, in spite of what they truly want, because that is the "best you can get". So why did CNN decide to title it's piece this way and show the lowest statistics couched in the most restraining speech? The answer is clear. The second paragraph reveals the clear motive for the bias about to be presented to the reader. It states:

"Much of the focus in this 2020 Democratic primary season has been on health care. That's not surprising, given that voters have generally listed it very high up when ranking their most important issues in deciding who they will choose in 2020.

When it comes to health care, a lot of energy among the candidates has been for some form of a Medicare for All plan. Sen. Bernie Sanders of Vermont has led the charge, and many of the other major Democratic contenders have followed. Some have definitively not , however: former Vice President Joe Biden, South Bend, Indiana, Mayor Pete Buttigieg, Sen. Amy Klobuchar of Minnesota and former Rep. Beto O'Rourke of Texas. They're calling more or less for protecting and expanding the ACA.

That means this latest Kaiser poll suggests that many of the Democrats running for president may actually be in the minority."

Related Topic(s): Agenda; Bias; Lies Liars; Lies Media; Media; Politics; Polling, Add Tags
Add to My Group(s)
Go To Commenting
The views expressed herein are the sole responsibility of the author and do not necessarily reflect those of this website or its editors.