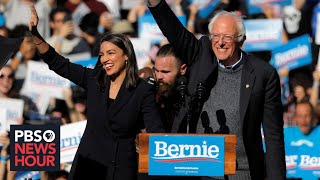 As workmen piled brick upon brick at the new site, curious townspeople passing by wondered what new business would be moving into the neighborhood. Soon rumors were confirmed, a new restaurant was coming to town! As opening day neared, the colorful chic exterior began taking shape. Its bright and inviting visage generated enthusiastic chatter about what the food would be like. A welcome sign outside was hardly needed, except to let the eager residents see the confirmed date of opening: January 20.

The residents bustled about the opening. The town was long deprived of a nice place to go out for an enjoyable, tasty meal with friends and relatives. Several other restaurants had opened over the years but didn't last long.

Opening day was exciting. People turned out in droves eager to taste the food and meet the owners of "Hometown Restaurant Cooking". A seemingly awkward title but one that partly conveyed the desired effect. As the first guests entered the staff were dressed neatly in their pressed formal uniforms. Everything was sparkling clean, almost glittering, but something was off.

The staff smiles were robotic and transactional. Oh well, perhaps they are new to the area and they will warm up over time. The menu was vast, lots of choices, but quite expensive for this town's income level. Oh well, perhaps the residents may not be able to afford frequent visits to the restaurant, but it would still be nice for a once-a-month treat or for birthdays, anniversaries, or a truly special date.

Then the food came. The food was arranged on the plate in a very artistic manner, quite pleasing to the eye. Little sprigs of some unknown green herb adorned the plate. A tasty-looking gravy drizzled over the dish made the plate worthy of the cover of any cookbook and caused the mouth to water with anticipation. The first bite took the diners by surprise. It was awful. The sauce was too salty and the meat was tough and chewy. The disappointment was palpable. Maybe it was just this one dish, the ever-hopeful residents reasoned. Leaving the restaurant unhappy, the guests decided next time perhaps they would try a different entree. The town's residents wanted the restaurant to be a success so badly that they weren't willing to write it off just yet.

The next visit, the guests didn't notice the decor, their minds fixed on whether the pricey food would be worth their hard-earned money this time around. There were many choices on the menu after all. They decided to engage the waitress for a suggestion. She came to the table with a wry look of disinterest. The guests asked for a suggestion of what to try. She gave a non answer, "Everything is good." The guests mentioned the last time they had ordered "the special" and thought it was overly salty and a bit tough to chew. The waitress, indignant, started to lecture them! "That is the way it is supposed to be! Our chef is an excellent chef! If you don't like the way it tastes it's just because you don't know what it's supposed to taste like. You obviously haven't had this kind of food before."

The diners were shocked, to say the least, and were angry and insulted but for some reason accepted that maybe they weren't familiar with the dish, and perhaps they were wrong and maybe the waitress was having a bad day. They chose another meal. It was worse than the first. Colorless and covered in some type of gelatinous goo. They couldn't eat it, but paid their bill and left.

One woman in the town, Stella, after hearing other townspeople express their disappointment and sadness over the restaurant's poor service, nasty food and high prices, decided to try and talk to the owner about the restaurant's problems and offer to share some of her recipes that had found local fame at the occasional church social or family wedding. Maybe it wasn't too late to save the restaurant.

Stella met with the chef. She offered her recipes free of charge. She would even offer to show the chef how to make the food. The chef was irate. Stella told the chef she was only trying to help because everyone wanted to see the restaurant stay open. The chef screamed at her, "You're an untrained hack!" and threw her out of the restaurant. As Stella headed out the door, the chef added, "You're stupid! We're the only restaurant in town so people have to come there!" Stella was flabbergasted and hurt. She was only trying to help. In telling a friend about the encounter the friend said, "You should open a restaurant." She was intimidated but decided to do it for the town.

The townspeople were so excited and actually helped Stella to refurbish a piece of shabby real estate she purchased in the town. The chef of the chic restaurant found out about Stella's endeavor and was so angry he tried to have her permits delayed, tried to use the media to suggest her food wouldn't be safe or taste good at all. But the townspeople knew Stella. They had eaten her food, so the claims fell flat.

On opening day, the townspeople lined up outside Stella's place. The decor of the new diner was not as fancy, service may have been a little slower but came with a smile. The menu choices were not expansive, but familiar. The prices were reasonable. In the end the townspeople got what they wanted. A friendly place to enjoy a night out, with family and friends, to laugh and eat good food.

The chic restaurant tried every dirty trick in the book as their customers abandoned their place in favor of Stella's. They even tried to make donations to local politicians in hopes of influencing zoning laws and tried to prevent food vendors from delivering to the diner, but the politicians were voted out, and Stella, now neighbor turned entrepreneur, shopped for her own local food and supplies. In the end, the homegrown diner won out. It became a local, then regional sensation. People actually travelled to the town to eat there and spend their money in local stores, boosting the local economy. When a waterline broke in Stella's kitchen, her neighbor and friend Jim, a plumber, offered to fix it for her for free.

The other restaurant closed up shop and left town. The moral of the story is of course that had the chef not been arrogant, had he listened to Stella, taken her honest and constructive criticism, been willing to listen, he could have remained. Fancy store fronts, expensive schooling and degrees and formal uniforms were not what will sustain. And only so much can be done through manipulation, monopoly, threat and corruption. In the end if you don't get people's buy in, you can't succeed. The only question is, how long until you fail.

This quaint story is the story of the political establishment. We have put faith in their platforms, adorned with glittering promises and sparkling smiles, and talk of hope and change. We believed and voted. We've tasted the food. We made excuses and forgave. We tried to be part of the solution to something we WANTED to see succeed. We were ridiculed and derided. When we offered our own solutions, the political establishment lashed out and started its attacks against us. But, your attacks will fail. Because we have tasted the food of true revolution. And nothing you have can compare to it. The establishment will fail. It's not a matter of if, it's a matter of when.

Related Topic(s): Criticism; Democrats DNC; Democrats In Name Only Dinos; Democrats Progressive; Revolution, Add Tags
Add to My Group(s)
Go To Commenting
The views expressed herein are the sole responsibility of the author and do not necessarily reflect those of this website or its editors.