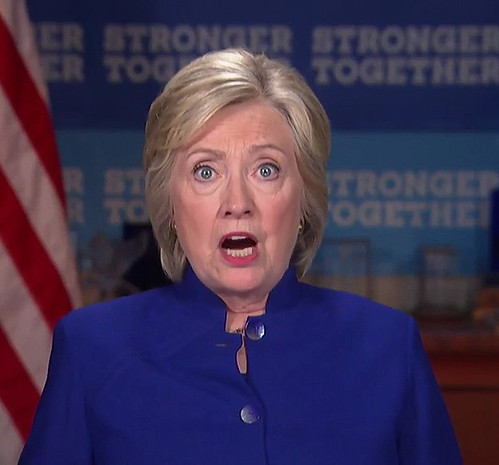 For the past two weeks Hillary Clinton and her supporters have been out in force on social media doing what they love to do best, bash Bernie Sanders. If I had a nickle for every tweet about how Bernie cost Hillary the election, I would be Mike Blooomberg rich. In an ironic twist of fate, or Karma, an audio tape has emerged which destroys the establishment democrat theory that Bernie cost Hillary the election, but rather, her embrace of him was the one thing that may have saved her.

The main stream media, in typical fashion, has been focused on a tiny excerpt of the explosive Lev Parnas audio of he and Trump together at a private fund raiser. In the excerpt Trump can be heard conversing with Parnas in a manner that clearly contradicts Trumps assertion that he didn't know Parnas. He discusses policy and of course, as well all know now, orders the firing of the US Ambassador to Ukraine, Marie Yovanovich.

I went online curious to fine the entire audio and YouTube did not disappoint.

Among many gems of information I found an extremely telling discussion about the 2016 election. The audio is difficult to hear at times and there is a lot of cross talk, but after listening to it 100 or so times and transcribing the conversation that begins 54 minutes into the video, a shocking story emerges.

The Trump campaign was worried about Bernie Sanders in a big way. All of those in the conversation are in agreement that Bernie was cheated out of the nomination, that millenials would have been a serious threat as a voting populace and that the campaign against Bernie would have been very tough for Trump. A man who sounds like Don Jr, says, "It would have been much tougher because there would have been no hate." Yes, without the hatred that so many voters felt towards Hillary, many people would have voted for the Democratic candidate. With Bernie as the candidate, and millenials out in force, Bernie may have won.

Trump even goes on to say that Bernie was the only candidate he did not want to see Hillary pick as her vice president. Trump says that putting Bernie on her ticket may have allowed her a path to victory. What a shocking revelation. That if Hillary would have embraced Bernie instead of trying to divide his voters, she may have saved herself. That Bernie did NOT hurt Hillary but could have helped her. Trump also concedes that if she would have picked Bernie some of the establishment Democrats may have gone to him. That is a much harder scenario to imagine. As republican as the neo-liberal democrats have become, they fancy themselves as refined, elite, educated, and they were already rejecting Trump and pleading with people to "hold their nose and vote for Hillary"

And if all of that isn't enough to make Bernie voters feel vindicated, at the very end they discuss whether Bernie will run again. Trump says he believes that he will. Then someone mentions Biden and the group erupts into laughter saying, "I hope Biden runs" This is a stunning indictment against "The only man who can be Donald Trump" It shows you that Bernie was considered by the Trump team the greatest threat while Biden gets raucous, humiliating laughter.

I transcribed the audio as best as I could. If you hear anything I need to correct or hear something I couldn't make out, please comment on the article and if I can edit it I will.

A female voice says to Trump, "You are the only one that could have won against her."

The woman continues, " You were the only one who would call her out on her lies""