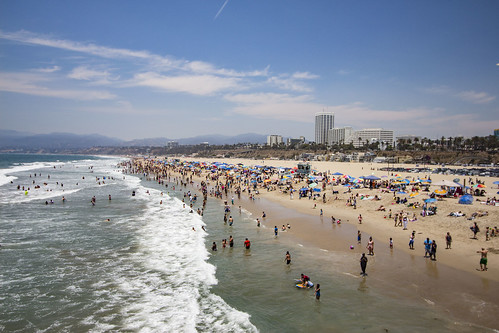 A global pandemic is just the kind of event, a threat by a deadly and foreign enemy, one that does not respect position, nationality or political party, that would bring us all together. An event so much bigger than the things that divide us that we would lay down our swords against one another, at least for the time being, and focus on this looming predator among us.


I would like to be able to say that in light of this disaster facing our nation, that the human spirit rose above the political tribalism that has engrossed our discourse and worked collectively for the good of the whole, but tragically, nothing could be farther from the truth.


What it has done is laid bare the underlying mechanisms, the psychological infrastructure that generates the tribalism. And yet, even standing in the harsh light of naked partisanism, some Americans still have the inability to face their own ugliness in the mirror.


I won't delve into the criminal and dangerous lies about covid 19 that were spread by right wing media since the onset of this catastrophe. The obvious intent behind the denials and minimizing of this virus at the very onset, motivated by protection of stock portfolios over human life, has already been exposed in full - and in a week's time has mostly been forgotten. The video evidence of these reckless lies that led to thousands of sick and hundreds dying will forever be there. When the smoke clears, I hope it is revived and used as a political bludgeon against those who so cruelly employed this lethal form of disinformation.


I have written much about propaganda and it's tools, its effectiveness and it's dangers. I focus on this because I am a writer and words are my area of expertise, not psychology. But even the average lay person should be able to observe and reflect on the messaging coming out of various media sources and see the underlying bias driving it. Sometimes, a cigar is just a cigar.


One of the most obvious underlying structures brought into shocking focus by this crisis was the intergenerational hostility that has been an undercurrent of the current political tribalism. Being the parent of two hard working responsible young people in their mid twenties, I have always taken issue with millennial bashing by conservative boomers. (I want to specify "conservative" boomers because in the "ok boomer" era, it is often forgotten that many boomers were the anti war, civil rights activists of their day and are not part of this group.)


The conservative boomer's favored network, Fox, and other conservative media that caters to their crowd, have always taken some sadistic pleasure in bashing millenials. They sensationalize any irresponsible act by single young person and morph it into an indictment of an entire generation. They demonize millenials as stupid, lazy, coddled losers, sucking off all of the "hard work" of their parent's generation. The psychology of conservative boomers apparently thrives on a diet of scapegoating, finding a demographic to put down as the scourge of society, followed up by a healthy-size desert of ego stroking and self congratulatory praise. They elevate themselves through the castigating of "others" who, in their mind, fail utterly to possess those great traits imbued somehow in the hard working, patriotic, God fearing boomer conservative.


The conservative boomer is steeped in the belief that their success is purely the result of hard work alone and that anyone who doesn't have what they do is just lazy and spoiled. They fantasize that racism and discrimination are mere fixations of the lderanged iberal mind and if you have suffered anything "unfair" its really because you did something wrong and brought it on yourself. It all comes down to personal responsibility.


Conservative boomers exist comfortably in this reality of their own design. They are completely at ease with ignoring difficult economic issues faced by millennials and completely dismisses systematic racism as a "crutch" because this rationalizing protects the comfy safe space of their own superior character, wholly and furiously denying the insinuation of ANY privilege.


The problem is, this type of narcissism, often exhibited by their supreme leader Donald Trump, lacks not only any factual basis but is totally devoid of empathy. The motto of Fox could be "You get what you deserve in life"


Millennials aren't lazy spoiled brats who fall to tears at not having cinnamon for their latte. Most are hard working, intelligent, creative adults and many put in more hours for less pay than boomers ever did. They don't have the post war economy of the 50s to help them out. They inherited an economy ravaged by decades of wars, corporate and bank bailouts and trade policies which profited a few but will be paid for with the uphill battles of their future. They are left trying to save a poisoned planet from the irresponsible plundering of the "entrepreneurs" of the past who enriched themselves while giving no thought to preserving anything for their future grandchildren.


Consrvative boomers have literally waged a scorched earth war wherein they were the victors and everyone else is just a "snowflake".


So back to the virus. In the beginning, the boomer pandering, conservative media portrayed the coronavirus as was expected, as a "media hoax" meant to scare the "snowflakes" in society into hiding. Like most Fox style propaganda, the real goal of this distortion was to advance the goals of elites (protect the market) while stroking their audience egos and boosting their ratings.


Their audience, and conservatives in general, derided the "fearful", "easily panicked" talking heads in the "liberal press" as ninnies running around scaring people needlessly. They laughed at "liberal" warnings and defied CDC guidelines on social distancing. Many conservative media personalities and Republican representatives posted pictures of themselves in crowded restaurants sometimes with their children, as the ultimate boomer version of the tide pod challenge. And worse, they encouraged their elderly audiences to emulate this risk behavior in some bizarre test of their conservative values.


But then something happened. As the virus began to grow roots, more and more information came out suggesting that the only people who were dying were older people and those with underlying health conditions. Trump mentioned this multiple times in his briefings. At first conservatives used this narrative to continue to minimize the potential impact of the virus. But as more and more people got sick they realized a problem with their messaging. It was on a collision course with their audience demographic.

Related Topic(s): Corona Virus Coronavirus Covid-19; Corona Virus Coronavirus Covid-19; Disease-Virus-Epidemics; Donald Trump Incompetence; FOX NEWS; Health- Mental-Sociopath-Narcissism; Millennials; Pandemic; Propaganda, Add Tags
Add to My Group(s)
Go To Commenting
The views expressed herein are the sole responsibility of the author and do not necessarily reflect those of this website or its editors.