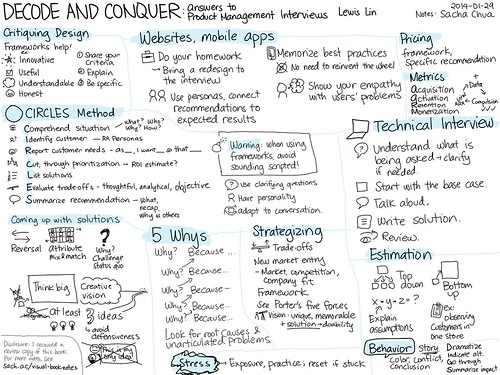 I've never been a fan of television, aside from documentaries, nature shows and investigative reports - or in other words actual reality TV, but I have to admit my unenthusiastic relationship with the device turned even more sour sometime around 1989.

Like a magician revealing the secret to his greatest trick, my high school speech teacher showed our class magazine ads and carefully dissected the subtle, sometimes covert psychological messages embedded in them that encouraged us to buy buy buy.

Of course these days most adults when asked would readily acknowledge that such manipulations are prevalent, but what it is strange to me that they have accepted these messages as simply a benign part of advertising. To discuss the topic almost seems juvenile. And yet, I feel like our passive attitude, our conditioned complacency to these hidden messages as "just a normal part of selling stuff", is terribly dangerous.

Most people if they recognize a risk take some sort of protective or preventative measure against it. If you knew there was a psychotic serial killer in your area, would you go to sleep with your doors unlocked? Probably not because you recognize the risk. Our complacency suggests that we are not concerned about those manipulating us. Perhaps we believe we don't have to fear these messages; after all, it's only about trying to get our purchasing dollars, right? Maybe we think that since we have a conscious awareness that some hidden messaging is there, that we are somehow inoculated against its effects? Or is it that we have become so inundated with these messages that we have developed a tolerance that makes us not notice the threat? Perhaps a combination of these things.

In spite of having two children we had always been a one-television family. As strange as this seemed to other people I talked to, I likewise felt it was odd that many people I knew had televisions in every room of their house. Every bedroom, of course the living room and sometimes the kitchen. This seemed intrusive to me, as if the television had replaced the sense of connectedness in a family by getting each member away from the others and isolated them from the family. If two people in the house want to watch something different they go to their respective rooms and spend time engaged with the television rather than with the family. So the "only one-television" policy in my house was no accident. And my children having been raised that way never noticed it as odd.

As Seen on TV: Control Your Family
(Image by Jim Larrison)   Details   DMCA

Of course, we had a computer and a laptop and we accessed the internet for content we sought out but none of us really cared for the passive nature of television. You just sit there and get fed whatever they feed you. Sure you can change the channel, but it's still linear. The internet has more of an ability to branch off and explore a tangent that you are curious about. (Which may be why I always have at least ten tabs open in my browser at any one time.) And most importantly, you can cross check and look up something on one site that counters the view being presented on another. With television there is a narrative you are being sold and given the conglomeration of media into the hands of a very few companies, changing the channel gives only an illusion of escaping this linear process.

In 2013 our one television broke. Of course we talked about getting another television and had a half-hearted plan to research the newer ones (ours was an older model with the big deep back on it and I didn't even think that they were made anymore). But after three months passed we realized we didn't really miss the television. And I called and disconnected the cable.

When the woman at the all-powerful Comcast asked why I was disconnecting I told her we no longer owned a television. She stammered as if she didn't understand the concept. She tried to offer me some discount thinking it was their ridiculous prices that caused me to disconnect but after telling her the prices were ridiculous I reiterated that I just didn't own a television, at all, and I didn't plan on getting another one. I do confess I liked telling people I didn't have a television because they really struggled to understand how this was possible. I especially liked telling those people at the store who stand there and try to sell you a dish for your house. The stunned looks on their face when I told them I don't own a television was priceless.

Even before all of this happened I felt that there was a cookie-cutter style, a mass production in creating shows that made television boring and repetitive. But since I hadn't partaken much of the content, I didn't assign much intent to this redundancy other than mere lazy consumer-driven product design. But when I cut off television entirely, my Henry David Thoreau retreat from TV, something activated in my brain that truly pulled back the curtain and revealed something much more malevolent.

Every Channel The Same
(Image by -Jeffrey-)   Details   DMCA

I worked at a casino during these years and of course there were televisions scattered throughout the property and in the associate break room. I would see these merely in passing. Every once in a while something would be on and it would catch my eye and I would watch it with some detached sense of confusion. The news took on a farcical quality and sometimes looked like a comedy skit in the level of emotion and personal opinion being injected into the "news".

The level of bias and messaging emerged with shocking visibility. It was like looking at a "Magic Eye" book where, by relaxing one's focus on an abstract colorful image, a 3D image suddenly jumps off the page, and you wonder how you couldn't see it before. Likewise the image would just as quickly melt away when your eye stopped relaxing. And in the same way, you couldn't seem to tell people how to see the hidden image, it has to be something physical they could accomplish themselves. Merely explaining it didn't make them see it, but you could tell them how to see it.

Related Topic(s): Awareness; Competition; Hidden Agenda, Add Tags
Add to My Group(s)
Go To Commenting
The views expressed herein are the sole responsibility of the author and do not necessarily reflect those of this website or its editors.