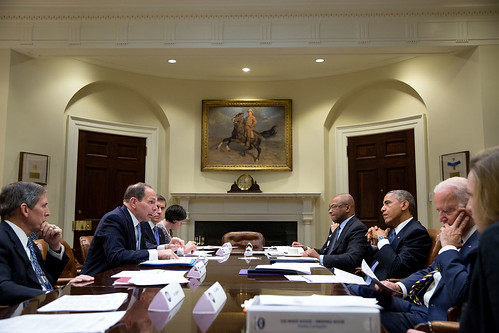 Well you'll be happy to know that the next US president and his crack team of ventriloquists are assembling a cabinet of mass murderers that's as diverse, inclusive and intersectional as America herself.

It's been obvious for a long time that Joe Biden's cabinet would be packed with Obama holdovers, war pigs and whatever primary opponents he owes favors to, but now that he is the media-anointed winner of the presidential election we're getting a bit more confirmation on who they're expected to be.

A new Politico report informs us that the heavy favorite to lead the US war machine into further imperial conquest as Secretary of "Defense" is a butcher of the fairer sex named Michele Flournoy, who was Obama's Under Secretary of Defense for Policy from 2009 to 2012.

Related Topic(s): Biden Harris, Add Tags
Add to My Group(s)
Go To Commenting
The views expressed herein are the sole responsibility of the author and do not necessarily reflect those of this website or its editors.