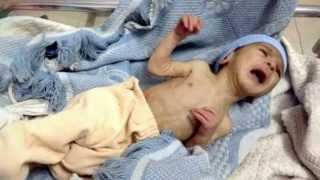 Tuesday, President Trump posted a statement on the White House website saying his administration will be standing with the House of Saud despite the CIA's assertion that Crown Prince Mohammed Bin Salman personally ordered the murder of Jamal Khashoggi, a Saudi journalist who was living and working in the United States.

The statement reads like a long form version of one of Trump's tweets, replete with gratuitous exclamation points and slogans like "America First!" and the lie that Iran is "the world's leading sponsor of terror," which will never be true no matter how many times this administration deliberately repeats it. The world's leading sponsor of terrorism is of course Saudi Arabia, along with Israel and the United States.

Trump's alleged opposition has responded with melodramatic outrage, as though a US president continuing to stand by Saudi Arabia in the face of horrific acts of violence is somehow new and unprecedented and not standard operating procedure for decades. Dismembering a journalist while he's still alive would be a fairly typical Tuesday afternoon for the Saudi government and would not rank anywhere near the top 10 most evil things this government has done, but because it involves America and a conspiracy it's a sexy story that everyone laps up. Add in the fact that Trump is more blunt and forthcoming about American depravity and you've got yourself a yarn.

Dear @realDonaldTrump: You are the President of the United States of America. You should not grovel to Saudi Arabia.

Your statement is weak despite the random exclamation points. A strong @POTUS would not excuse the Saudis for murdering a journalist & cutting him up into pieces https://t.co/MDbRFtmXRO

This has remained a hot story through today, invigorated by a tweet by America's WWE president in which he crowed about low gas prices and added "Thank you to Saudi Arabia" like a good little muppet. And amid all the fist-shaking and rending of garments about the killing of one man by the Saudi government, a far less magnetic story has been published saying that about 84,701 Yemeni children under the age of five were starved to death between April 2015 and October 2018. And I say "were starved to death" instead of "have starved to death" because their starvation is the direct result of a blockade and relentless violence by Saudi Arabia.

The lack of any sense of proportion in response to the Khashoggi case compared to the destruction of civilian lives in Yemen has been roundly criticized by anyone with a public platform and open eyes, and rightly so; obviously a government murdering a journalist in cold blood would be a terrible thing, but to hold that as more worthy of attention than the anguished deaths of untold tens of thousands is obscene.

This dynamic is also not unique to Saudi human rights violations. Take the ongoing Russiagate conspiracy theory, for example. Even if Mueller's investigation did somehow prove that Trump colluded with the Russian government to steal the 2016 election (and it won't), that act would still have been far less horrible than the ongoing cold war escalations that this administration has been continually advancing against a nuclear superpower.

The existence of every single organism on this planet has been placed in jeopardy by Trump's idiotic, unforgivable, still very much ongoing game of nuclear chicken with Russia, but hardly anyone ever talks about it. They focus on an empty conspiracy theory instead, partly because it is the mass media's job to manufacture support for warmongering while downplaying its risks, and partly because theoretical conspiracies draw more attention than the things our rulers are doing right out in the open.

85,000 children under 5 may have died of starvation in Yemen war https://t.co/B2JfnsocA3

I often get conspiracy buffs asking/telling me to write about this or that theory of 9/11 or the JFK assassination or whatever, and I'm just like, dude, have you seen the stuff they're doing in broad daylight?? It's not that I have any attachment to the official narratives the TV tells me I'm required to believe, I just find I can get a lot more traction with much better arguments pointing out the facts that are publicly known and undisputed, especially because those things are often far worse than anything alleged in any conspiracy theory.

I mean, take 9/11. Pretty bad, right? 2,996 dead human beings. If that were engineered or permitted to happen by any faction of the US government or any of its allies, that would be pretty diabolical. But would it be worse than a million Iraqis killed in a war based on lies? Even if you only care about American lives, just the number of US soldiers killed in Iraq already far exceeds the death toll of 9/11. This was a war engineered by secretive government agencies and DC insiders, justified and sold to the public with government lies, lies which were advanced as objective and unquestionable fact by the mass media. The war was rammed through without any public accountability, a million human lives were snuffed out, and when they were done nobody was tried for war crimes. Nobody was even fired. No changes were ever made to prevent such horrors from being inflicted upon our world again.

Related Topic(s): Children; Conspiracy Theories; Death; Government; Media; Money; Starvation, Add Tags
Add to My Group(s)
Go To Commenting
The views expressed herein are the sole responsibility of the author and do not necessarily reflect those of this website or its editors.