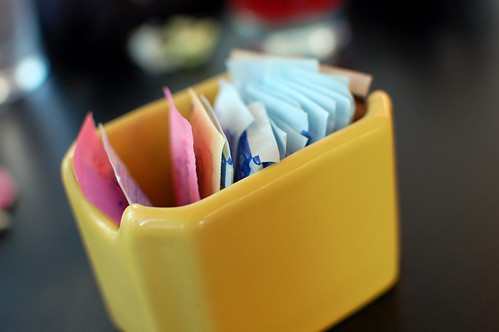 From Chronic Fatigue Syndrome Support Group including fibromyalgia, both of which are big time aspartame problems: http://www.cfsnova.com/media-2003.html

The new article on Chronic Fatigue in the Atlanta Journal Constitution above shows they are still wondering what it is. Even the NIH tried to study and evaluate it. The CFS support group discusses it and fibromyalgia, another horror of Aspartame Disease,

On June 17, 1995 the Atlanta Journal Constitution wrote the article: "The Enemy Within". It is over a page long and was trying to figure out where CFS came from,. It said: "At least 50,000 people have a CFS diagnosis, but the number of suffers is likely at least 2.5 million and could be much higher. " Under Diagnosis it said: "Many family physicians still know little about the condition that until a few years ago was derided as "yuppie flu." Routine lab tests rule out other conditions, such as lupus and Lyme disease, with similar symptoms but do not reveal whether a person has CFS.

Aspartame triggers lupus very commonly. Dr. James Bowen explained: "The ability of methyl alcohol/formaldehyde to create antigenicity, especially as combined in aspartame molecules is so great as to cause severe autoimmune reactions to the tissues deformed by formaldehyde polymerization, adduct formation. The immune system turns against the victim's tissues: Lupus." It even mimics Lyme Disease: Here is Dr. James Bowen's article:titled: Lyme Disease Is Sexually Transmitted -
Reactivated By Aspartame.

Aspartame triggers or precipitates many diseases with similar symptoms. Dr. H. J. Roberts declared it to be a disease and wrote the 1000 page medical text, "Aspartame Disease: An Ignored Epidemic" www.amazon.com He knew the symptoms were predictable and there was a pattern.

In the 1995 article they are discussing Laura Hackenbrock's nightmare. It says: "Her doctors offer scant comfort. Though they expect her to live a normal lifespan, they can't say for sure what's wrong or if she'll ever be "normal" again. Researchers can't either. Not at meccas of research such as the Centers for Disease Control and Prevention or any of the best medical schools in the world. And nobody can do much more than treat symptoms with experimental therapies conceded to be of marginal value." "That's frightening, because Hackenbrock's sickness, dubbed chronic fatigue syndrome (CFS) has reached epidemic proportions."

Obviously the CDC knows aspartame destroys the immune system and causes chronic fatigue syndrome. After all, the CDC are the ones who covered up the investigation of aspartame by allowing a summary that contradicted the actual investigation of aspartame. On their page you only get to see the summary or cover-up. On our web site you can read the entire investigation:Then you can decide if problems like cardiac arrest, myocardial infarction, grand mal seizures, mood alteration, blindness and death are just mild symptoms of aspartame! In the documentary: "Sweet Misery: A Poisoned World", www.sweetremedyradio.com I hold up this investigation by the CDC so the world would know what they did.

The article is very interesting because it says ..."researchers once thought there was a connection between Epstein-Barr virus which causes mononucleosis and CFS." In 1987 The Chronic Epstein Barr Virus (CEBR) Association was founded by Marc Iverson and Alan Goldberg. In the late 80s the group changed its name to The CFIDS Association of America at the suggestion of immunologist Seymour Grufferman who suggested the name chronic fatigue immune dysfunction syndrome to reflect the immune abnormalities and lessen the emphasis on fatigue.

In the article "The Enemy Within" it says: "The illness began to rise from "flat-line level" in the late 1970s, skyrocketed through the mid-80s, peaked in 1987 and is still rising slowly." Aspartame was approved in 1981 through the political chicanery of Donald Rumsfeld." Interestingly, a neighbor who built the Augusta, Georgia NutraSweet factory said even though the FDA told them not to market it in 1975 they were doing it anyway, and it made him deathly ill. He said, "It's an actual poison". They revoked the petition for approval but G. D. Searle hired Don Rumsfeld to get it on the market and filed suit so the petition couldn't be signed. Then he said he was calling in his markers and was on President Reagan's transition team. Reagan wrote an executive order which prevented the petition being signed into law. He fired the FDA Commission, Jeri Goyan, who was going to sign it and appointed Dr. Arthur Hull Hayes to do the deadly deed of over-ruling the Board of Inquiry even though the decision had already been made.

Further in the article it says: "Technologies that allow scientists to look into living brains to determine blood flow have shown that most people with CFS have a discernable injury in a brain region known as the hypothalamus, Cheney says. The injury is caused by protein that normally fight viral infections. However, in people who develop CFS, the proteins inexplicably inflict damage to the hypothalamus, the region of the brain that controls stress levels."

I find that interesting because aspartame damages the hypothalamus, a reason it triggers male sexual dysfunction and ruins female response. Here is Dr. James Bowen's article on the subject

The article continues, "Maybe it's due to ozone depletion, or something in the food chain, something in it that made us change, either something new that got into the environment, or what was already in the environment began to affect us differently, like a virus," Cheney says. In this regard Cheney almost has it, something in the food chain like a deadly, deadly addictive excitoneurotoxic, carcinogenic, genetically engineered drug, adjuvant and teratogen, once listed with the pentagon in an inventory of prospective biochemical warfare weapons submitted to Congress. Thrust upon the public . society becomes the guinea pigs and lab rats. Read this article in the prestigious Ecologist, by Pat Thomas, titled, "What do Donald Rumsfeld, Bio-weaponry, Sick Mice and Diet Coke have in common?"