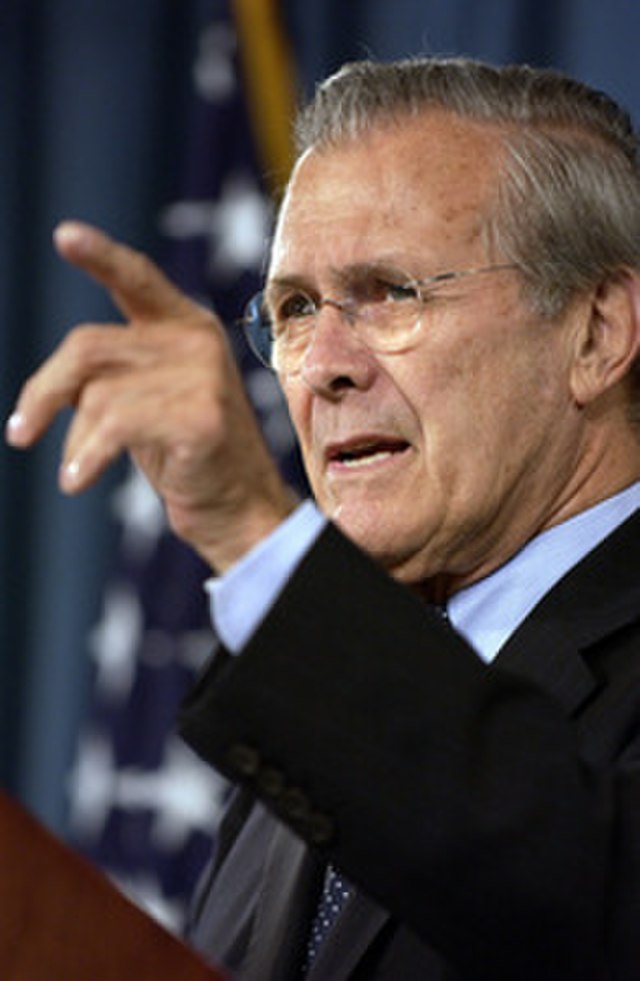 The facts are horrific: Rumsfeld forced the FDA to approve Aspartame, and FDA has toed the line ever since, but the truth always does prevail.

Introduction: If ever we could select a primary saint to be beatified from among the ranks of many fine and qualified physicians, my own well-considered vote would be for the late Dr. H. J. Roberts, Internist from West Palm Beach, Florida. Indeed, his own colleagues in the medical ranks selected him as the Best Physician in America for 1984. His definitive medical text "Aspartame Disease: An Ignored Epidemic" is now being sullied by some very belligerently ignorant FDA officials.

This newest article of mine will meticulously expose just a few of the FDAs distortions of Dr. Roberts prophetic writings on the proven neurodegenerative and internal harm done by this artificial sweetener poison masquerading as an additive. It was listed with the pentagon in an inventory of prospective biochemical warfare weapons submitted to Congress. http://www.mpwhi.com/ecologist_september_2005.pdf

The letter below from Dr. Joseph Thomas of the FDA shows the world that the Fatal Drugs Allowed folks will never protect the public and will continue to perform their corporate servitude above and beyond the law. The FDA's message over the years on aspartame has been "show us the mechanism by which aspartame triggers disease and the science, and we will take another look."

Therefore, the late world expert H. J. Roberts, M.D. wrote a medical text that goes from disease to disease, all of which are triggered or precipitated or exacerbated by aspartame. He not only gives the mechanism but also describes many of the individual cases. In the next to last communication from Dr. Thomas, he admitted he had the medical text I sent but denied it listed any mechanisms.

So first, let's give an example from the medical test, "Aspartame Disease: An Ignored Epidemic", by Dr. Roberts, to show you how Dr. Thomas lies and distorts the obvious truth, and that the text does list the mechanisms of aspartame disease.

As an example on page 460 there is a heading on Polymyalgia Rheumatica. Dr. Roberts says, "Several of my patients with polymyalgia rheumatica, a generalized "aches and pains" disorder, experienced aspartame disease. They had been under good control with small doses of corticosteroids (cortisone-like drugs) until suffering severe flare-ups after ingesting aspartame products. Improvement followed aspartame avoidance."

Then Dr. Roberts gives some of the symptoms; I'll pick up on page 461 where Dr. Roberts discusses polymyositis. He says, "The diagnosis of polymyositis was made or considered in several patients with aspartame disease who suffered severe muscle weakness."

On page 462 he lists the MECHANISMS below showing you Dr. Thomas has lied. You can go through the book showing mechanisms continually for the diseases triggered or precipitated by aspartame.

"PATHOPHYSIOLOGIC MECHANISMS: The mechanisms involved in aspartame induced rheumatologic disorders probably include direct effects of its three components (phenylalanine, aspartic acid; methanol, altered neurotransmitter metabolism, decreased tissue substrate due to the combination of increased insulin release and decreased food intake by persons attempting to lose weight, and immunologic reactions to aspartame or its metabolites, perhaps acting as haptenes (Chapter VIII). Only several aspects are considered here. It is likely that chronic methanol poisoning (Chapter XXI) plays a role. The methyl alcohol derived from aspartame is detoxified to formaldehyde, and then to formate or formic acid.

"A simplified hypothesis for initiation of an autoimmune response involves the ambling" of proteins by formaldehyde, thereby making them strange to the person's immune system and serving as antigens. Additionally, an increase of leukotrienes, 15-hydroxyeicosatetraenoic acid and other arachidonic acid metabolites has been found when macrophages are exposed to aspartame (Hardcastle 1997).

"Abnormalities of calcium and phosphate metabolism (Chapter IX-E) may be contributory.

The affinity of aspartame for calcium (Matsuzawa 1984) suggests its preferential distribution in bones and joints.

Aspartame has been shown to be bound to a human Bence-Jones dimer, as determined by x-ray crystallography of the ligand protein complex (Edmundson 1998). Moreover, dipeptide-binding proteins require the calcium ion, which may enhance the binding of aspartame to the Bence-Jones dimer.