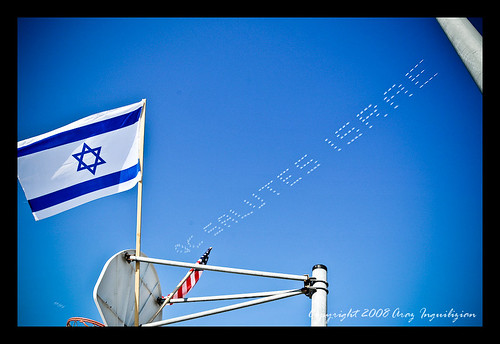 Israel's continued treatment of Palestinian political prisoners is unconscionable. Mohammad El Halabi, an aid worker from Gaza, has been in prison for four years while he awaits his trial; this is nothing short of cruel absurdity. He has been forced before the court over 150 times, many of those appearances secret, without word of when his trial will begin. His last court appearance was January 14, and he and his family still have no word of when his case will begin.

Israel's case against El Halabi -- whom it accuses of diverting humanitarian funds to Hamas -- has been widely condemned as flimsy at best. The amount of funds it claims El Halabi diverted from his employer, the charity World Vision, is more than the organization's entire annual operating budget; furthermore, World Vision as well as independent auditors found no financial irregularities as has been claimed. In addition, the Israeli government has refused to provide any further information or evidence regarding its claims. This case has not only led to a man's indefinite imprisonment, but the suspension of significant humanitarian aid to Gaza, which will further impact adversely on the living conditions in the territory, which does not serve Israel's interests in the least.

El Halabi is being imprisoned under the cruel practice of administrative detention, a holdover from British-era Mandatory Palestine, which allows for an individual to be held without trial indefinitely, under the belief that they may break the law once they are released. El Halabi is not the only Palestinian to whom this legal loophole has been applied; Israel has consistently and heavily used this shameful practice against Palestinian political prisoners. Nelson Mandela adeptly put it when he said, "Prison is designed to break one's spirit and destroy one's resolve. To do this, the authorities attempt to exploit every weakness, demolish every initiative, negate all signs of individuality -- all with the idea of stamping out that spark that makes each of us human and each of us who we are."

The irony here is that while all right-wing Israeli parties and politicians know that they have no choice but to live side-by-sidewith the Palestinians indefinitely, they spare no efforts to alienate the Palestinians in every which way they can. Some, in fact, bask in the illusion that if they make the Palestinians' lives miserable by incessantly abusing them, many will end up leaving their country. By doing so, these morally hollowed right-wingers will not need to deal with the demographic time bomb. Do these political parties and the politically blind operatives ever stop and think where all this will lead to?

Sadly, the incarceration of Palestinians with no trial is just one of many egregious acts that the Israeli government employs routinely against the Palestinians; other violations include, among other things, night raids that terrify children, house demolitions, expropriation of land for any (or often no) purpose, uprooting of olive trees, and arbitrary searches and seizuresall of which are utterly uncharacteristic to a people who have gone through similar tragic experiences for centuries.

A single act of injustice against any Palestinian casts a wide shadow over all Palestinians, as they collectively feel robbed of their rights and their human dignity. Acts of mercy are remembered for a long time, but an act of horrifying injustice is remembered for much longer as it continues to painfully reverberate within the family and community.

This of course is not limited to El-Halabi. Thousands of Palestinians prisoners who have no blood on their hands are languishing in Israeli jails as incarceration without trial is used as a deterrent. I do not suggest that every Palestinian is innocent, rather that he or she must be treated as innocent until proven guilty in a court of law. This is one of the fundamentals of a true democracy, governed not only by laws but also by compassion, which Israel takes pride in proclaiming.

If Israel wants to maintain its status as a democracy -- and indeed it has never missed an opportunity to assert itself as the sole democracy in the Middle East -- it must treat its prisoners with dignity and respect, regardless of their race, religion, or creed. It should provide them with a full accounting of the accusations against them, and bring them to trial in a reasonable and timely manner -- not leave them to languish in prison for years with no hope of seeing the light again.

It is a stain on Israeli country that claims to be a beacon of democracy in the Middle East -- to engage in such cruel, vindictive practices that go beyond the pale of humanity. It is not too late, however, to right the wrong, not only for the sake of the Palestinians but for the sake of all Israelis, because if the moral tenet of the country is forsaken it diminishes Israel's reason for being.

Related Topic(s): Hamas; Israel; Israel And Palestine; Israeli Attacks In Gaza; Israeli Intransigence; Israeli_Propaganda; Jail; Justice Denied, Add Tags
Add to My Group(s)
Go To Commenting
The views expressed herein are the sole responsibility of the author and do not necessarily reflect those of this website or its editors.