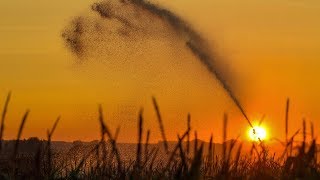 Climate change is real and is visible for all to see. The scientific evidence is overwhelming, and denying that climate change is already upon us, especially as the president and his party does, flies in the face of the indisputably dire consequences that will be inflicted on all humanity. The Intergovernmental Panel on Climate Change's (IPCC) special report is the final call -- the most extensive warning yet on the risks of rising global temperatures and its far-reaching implications.

The US is the second-largest polluter in the world, and more than any other country it bears the responsibility to cut down on gas emissions. Moreover, the IPCC says that limiting global warming to below 1.5 degrees Celsius (2.7 degrees Fahrenheit) will require "rapid, far-reaching and unprecedented changes in all aspects of society." It will be very expensive, but the window of opportunity isn't yet closed. We must act now to avert the catastrophic impact of climate crisis before it is too late.

There are today 1,500 oil and gas firms listed on stock exchanges worldwide together they are worth over $4.5 trillion. With everything we are doing to transition to green sources energy, fossil fuels primarily petroleum, natural gas, and coal still provide 80 percent of the energy consumed in the US.

Michael E. Mann, a noted climatologist and geophysicist, has observed that the science he and his colleagues does is "a threat to the world's most powerful and wealthiest special interests." This explains the self-serving denials of people like Trump, who choose to ignore that there is a looming disastrous climate crisis.

Mann further argues that the fossil fuel industry uses its immense resources to discredit the science and scientists, running a disinformation campaign on a global scale to mislead the public and policymakers alike. He calls this "the most villainous act in the history of human civilization, because it is about the short-term interests of a small number of plutocrats over the long-term welfare of this planet and the people who live on it."

California offers one glaring example of climate change. Presently, the average wildfire season is 78 days longer than it was in 1970. Climate change has led to hot and dry conditions that increase the activity of wildfires. The average burned area is now much larger as much as 600 percent in some types of forest.

Temperatures, soil moisture, and the presence of trees and other forms of fuel are all factors that impact the risk of wildfires and they are also factors with strong direct or indirect links to climate variability and climate change. Canada is currently spending $1 billion every year to fight fires, five times what it spent in the 1990s.

Tragically, climate refugees and internally displaced persons (IDPs) are just another facet of this crisis. People are forced to leave their homes due to "sudden or gradual alterations in their natural environment" these alterations may be due to sea-level rise, extreme weather events (like hurricanes such as the one that battered Puerto Rico), or drought and water scarcity. The disappearance of Lake Chad in West Africa due to desertification has fostered armed conflict, which has driven more than four million people into camps.

In the United States itself, climate change has caused a large number of IDPs. Ninety percent of the population of Paradise, CA (which was mostly destroyed in last fall's Camp Fire) has not yet been able to return to their homes. According to the Internal Displacement Monitoring Center, over 1.2 million people within the US were displaced -- in 2018 alone due to natural disasters, many of which are amplified by climate change.

One of the big problems is that climate refugees do not have any officially recognized definition or protections. The most vulnerable regions are sub-Saharan Africa, South Asia and Latin America; studies show that by 2050, nearly 150 million people from these regions could be displaced due to climate change.

Sadly, under Brazil's far-right president, Jair Bolsonaro, the Amazon rain-forest is being cut down at an alarming pace. Protections that were in place for the past two decades are no longer enforced and the deforestation rate has risen drastically, as the New York Times reports. In fact, the clearing and burning of forests accounts for roughly 18 percent of all global greenhouse gas emissions due to human activity. Massive deforestation is systematically eliminating one of the best resources our planet has for absorbing carbon (trees themselves, which process carbon dioxide into oxygen), which means that what we are witnessing in the Amazon and elsewhere is a major blow against the efforts to reduce anthropogenic climate change.

Rain-forests are home to the highest concentration of plants and animals found anywhere on Earth. Their rampant destruction is a human tragedy, as we are undoubtedly erasing from the earth species that are still unknown to science.

Along with the rain-forests, coral reefs are among the most bio-diverse ecosystems found on the planet, which protect coastlines and provide habitat and shelter to countless marine organisms, and they are now dying at a horrifying rate. Twenty-seven percent of monitored reefs have been lost, and over 30 percent are at risk of being lost within the next few decades.

The reasons for this unfolding tragedy are clear enough. Coral mining, over-fishing, blast fishing, pollution, warming oceans and ocean acidification are among the major contributing factors. Sylvia Earle, an American marine biologist and former chief scientist of the National Oceanic and Atmospheric Association, pointedly observes that "Half the coral reefs are still in pretty good shape, a jeweled belt around the middle of the planet. There's still time, but not a lot, to turn things around."

Related Topic(s): Animals; Climate Change; Climate Change Deniers; Climate Crisis; Ecosystems; Forests; Mining; Plants; Pollution; Republican; (more...) Scientists, Add Tags  (less...)
Add to My Group(s)
Go To Commenting
The views expressed herein are the sole responsibility of the author and do not necessarily reflect those of this website or its editors.