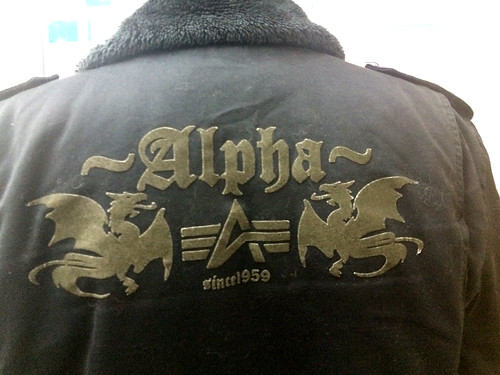 There seems to be quite an ongoing conversation these days, some might say debate, surrounding the role of so called Alpha males in our society. The camps seem to be pretty clearly divided. There are those who see the Alpha male as a natural and vital part of a stable society and consider societal trends which seek to minimize or vilify these traits to be the main, if not sole, cause of societal decline.

On the other side a society who sees the exaltation of the aggressive male as the greatest threat to peace. The release of a Gillette Ad brought both widespread praise and widespread condemnation from the opposing sides, sparking vigorous if not civil arguments about "boys will be boys" excuses for bullying and the emasculation of boys in our current society.

The debate seems to be interwoven into many troubling aspects of society such as the rise in white supremacy, the spread of armed militia groups and the community of incels, involuntary celibates as they call themselves and their primitive view of male/female relationships. The fact that a group of men who advocate that raping women is a male right could be considered anything but deviant is frightening. That we as a society are trying to rationalize or at least understand these extremist males through the examination of the less fringe arguments about maleness shows the intense need to take the issue seriously. We are afraid to look away from what we see as an emerging threat. Likewise the men who argue against the idea of a less masculine male, have a fear too, that the demonization of males and all "aggressive" behavior will lead to the destruction of society. The fear on both sides fuels the level of emotion in the debate.

The fear of alpha advocates are not totally unfounded as there are those who see the Alpha male as an egocentric patriarchal relic whose adorers excuse his negative, even criminal behaviors as being normal "maleness". This camp looks at the alpha male as an obstacle to gender equality and a modern, less violent world. They argue that the Gillette ad adeptly distinguishes that the alpha male is merely a bully and that it is the man with the courage to stand up to the bully who is really the courageous brave male we should celebrate.

As I've listened to these arguments and read articles (most of which attempt to define the alpha male and explain how to determine if you are one) there is often a reference to the "natural" origin of the alpha.

The idea being that whether we like it or not, the strong, aggressive and sometimes violent tendencies are what allowed humans to survive in ancient times. So the narrative of Alphas continues that we owe this type of man our respect and to lose the traits he brings to society is surely a recipe for destruction. This idea is a tremendous assertion, at least in my mind, and one that deserves some serious consideration.

On the one hand, I do tend to believe that most of our modern-day traits, physical emotional and psychological have some origin in our evolutionary history. But if that were the case one would think that everyone surviving today would appreciate the alpha male and that we would all come together in a sort of instinctual understanding of his necessity. But given the clear bright-line that seems to divide these two camps, the absolutely polarizing effect of the alpha male, I started to consider another option.

Evolution of the human species as we understand it, of course began in a very brutal world, surrounded by apex predators who looked at us as a meal. Combine that with the ever present threat of starvation itself and it is amazing that we survived at all.

But this theory also causes me to wonder where the virulent opposition to the alpha male comes from. Could it also be rooted in evolution or is it the natural reaction of a modern society? Wouldn't the rejection of the alpha male make sense in a world now far removed from those ancient times? Why is a great percentage of our modern society made so uncomfortable by the idea of the dominating if not superior alpha male?

Well, this caused me to develop a theory. Evolution is a process whereby desirable traits passed on based on their benefit to the species. If we look at the alpha male in this context we can see the traits he exhibits may have been beneficial at the very beginning of the human species. However, as we evolved from hunter-gatherers into agricultural communities how did this affect the role of the alpha male?

We envision Neanderthals as tribes with males going out to hunt large game to sustain the tribe as a whole. Without a doubt as males ventured out on hunting excursions and returned the men who were the strongest and best hunters would have been elevated to a higher position in the society as they were the ones who literally were keeping everyone alive.

Of course females in the society would have been left alone with the young to protect them from predators and would also have served a vital role but there would not have been a ranking among the females. In the sense that all of the females would have worked together to community protect all of their young. Whereas the males would have developed a hierarchy based on who is the strongest best hunter Etc.

Related Topic(s): Boys; Bullying; Bullying; Egoism; Fear; Heroes; Male Feminization; Male-domination; Men; Predator; (more...) Survival; Women, Add Tags  (less...)
Add to My Group(s)
Go To Commenting
The views expressed herein are the sole responsibility of the author and do not necessarily reflect those of this website or its editors.