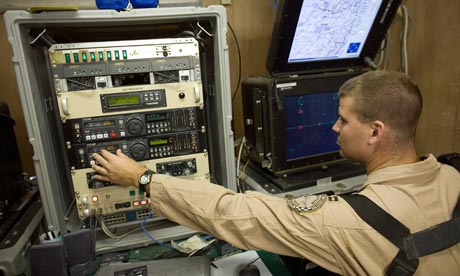 The US government has long maintained, reasonably enough, that a defining tactic of terrorism is to launch a follow-up attack aimed at those who go to the scene of the original attack to rescue the wounded and remove the dead. Morally, such methods have also been widely condemned by the west as a hallmark of savagery. Yet, as was demonstrated yet again this weekend in Pakistan, this has become one of the favorite tactics of the very same US government.

A 2004 official alert from the FBI warned that "terrorists may use secondary explosive devices to kill and injure emergency personnel responding to an initial attack"; the bulletin advised that such terror devices "are generally detonated less than one hour after initial attack, targeting first responders as well as the general population." Security experts have long noted that the evil of this tactic lies in its exploitation of the natural human tendency to go to the scene of an attack to provide aid to those who are injured, and is specifically potent for sowing terror by instilling in the population an expectation that attacks can, and likely will, occur again at any time and place:

A 2007 report from the US department of homeland security christened the term "double tap" to refer to what it said was "a favorite tactic of Hamas: a device is set off, and when police and other first responders arrive, a second, larger device is set off to inflict more casualties and spread panic." Similarly, the US justice department has highlighted this tactic in its prosecutions of some of the nation's most notorious domestic terrorists. Eric Rudolph, convicted of bombing gay nightclubs and abortion clinics, was said to have "targeted federal agents by placing second bombs nearby set to detonate after police arrived to investigate the first explosion."

Related Topic(s): Drones And Soldiers; Murder By Drone; Obama; Pakistan; Predator Drone; Targeted Killing; Western Imperialism, Add Tags
Add to My Group(s)
Go To Commenting
The views expressed herein are the sole responsibility of the author and do not necessarily reflect those of this website or its editors.