Cross-posted from The Guardian
US military's new legal theory threatens to convert unauthorized leaks into a capital offense. Who is the real "enemy"? 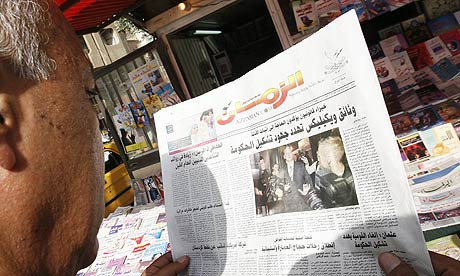 A US air force systems analyst who expressed support for WikiLeaks and accused leaker Bradley Manning triggered a formal military investigation last year to determine whether she herself had leaked any documents to the group. Air Force investigative documents, obtained through a Freedom of Information Act request, show that the analyst was repeatedly interviewed about her contacts with and support for WikiLeaks -- what investigators repeatedly refer to as the "anti-US or anti-military group" -- as well as her support for the group's founder, Julian Assange.

The investigation was ultimately closed when they could find no evidence of unauthorized leaking, but what makes these documents noteworthy is the possible crime cited by military officials as the one they were investigating: namely, "Communicating With the Enemy," under Article 104 of the Uniform Code of Military Justice (UCMJ).

That is one of the most serious crimes a person can commit -- it carries the penalty of death -- and is committed when a person engages in "unauthorized communication, correspondence, or intercourse with the enemy." The military investigation form also requires investigators to identify the "victim" of the crime they are investigating, and here, they designated "society" as the victim:

How could leaking to WikiLeaks possibly constitute the crime of "communicating with the enemy"? Who exactly is the "enemy"? There are two possible answers to that question, both quite disturbing.

The first possibility is the one suggested by today's Sydney Morning Herald article on these documents (as well as by WikiLeaks itself): that the US military now formally characterizes WikiLeaks and Assange as an "enemy," the same designation it gives to groups such as Al Qaeda and the Taliban. This would not be the first time such sentiments were expressed by the US military: recall that one of the earliest leaks from the then-largely-unknown group was a secret report prepared back in 2008 by the US Army which, as the New York Times put it, included WikiLeaks on the Pentagon's "list of the enemies threatening the security of the United States." That Army document then plotted how to destroy the group.

Related Topic(s): Investigative Journalism; Leaks; Pentagon; Whistleblowers-ing; Wikileaks, Add Tags
Add to My Group(s)
Go To Commenting
The views expressed herein are the sole responsibility of the author and do not necessarily reflect those of this website or its editors.