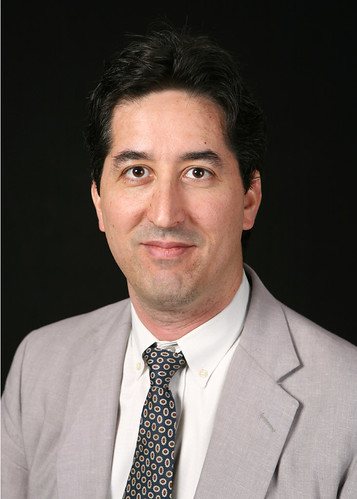 Shamai Leibowitz, a former FBI translator who uncovered documents showing illegal and unconstitutional acts, went to the press and pled guilty to violating the Espionage Act, published a blog post on Monday where he indicated his support for NSA whistleblower Edward Snowden.

Leibowitz writes in his post, "The government would do well to let this man of conscience go live his life in some other country, and apologize to the American public for lying to us, and turning the country into what Daniel Ellsberg calls the United Stasi of America."

"This manhunt, accompanied by a smear campaign orchestrated by a well-oiled PR machine, is a grave mistake," Leibowitz states.

Unfortunately, he will feel the pain that comes when the aggressive and vindictive US authorities come at you full speed. Whether he succeeds to engineer another courageous maneuver and get to a country that will grant him asylum -- we don't know, though the chances are not good. When you are being hunted down by world's superpower that has unlimited resources -- politically, financially, and technologically -- the odds are stacked against you. The bookies in Vegas, as they say, are predicting a win for the government.)

He acknowledges the "evolving story" of Snowden reminded him of his case--how he "discovered that the FBI was committing illegal acts," which led him to "reveal these acts to a journalist/blogger, and how the FBI and DOJ came after me with vengeance." What he disclosed on the FBI "violating the Constitution and abusing the rights of innocent Americans" was "never publicly published," however, he added that doesn't matter.

Leibowitz declares, "Considering Snowden's revelations, what I witnessed seems to pale in comparison."

As Snowden explained, he watched for years how the military-industrial-intelligence complex turned our country into a massive surveillance state, and observed a "continuing litany of lies" from senior officials to Congress, until he eventually decided to speak out, because he could not -- in good conscience -- remain silent.

The FBI and Justice Department, according to Leibowitz, was "hell-bent" on imprisoning him. They splashed this "all over the media." One of the charges he faced (it was later dropped) was a charge under the Espionage Act.

His family and him pled with Justice Department lawyers to "avoid a prison term, agree to a lesser punishment and put this case to rest without any media attention."

As Leibowitz recounts, "The ink was not even dry on my plea agreement before they ran to the media with a press release, announcing to the whole world how the 20-month prison sentence will teach me -- and any future whistle-blowers -- a great lesson." He suggests, however, that "this punitive strategy, this desire to demonize and imprison people at all costs, is so wrong and misguided that it backfired."

Snowden was well aware of how the administration of President Barack Obama had previously pursued whistleblowers. Through aggressive prosecution, he argues that Obama encouraged Snowden to reveal the information he disclosed. (Note: Leibowitz does not distinguish between people like John Kiriakou, Bradley Manning, Thomas Drake or Lawrence Franklin. They are all whistleblowers to him who were also charged under the Espionage Act.)

"This policy of meting out harsh punishments across-the-board to create "deterrence" is bankrupt; it only creates unnecessary suffering, hurting people and families, and ultimately backfires," Leibowitz suggests. "The Snowden saga is a great teaching moment for the Obama administration -- they will now reap the fruit of their overly-harsh and vindictive behavior (and this applies not only regarding whistle-blowers but in the entire justice system as well)."

Kevin Gosztola is managing editor of Shadowproof Press. He also produces and co-hosts the weekly podcast, "Unauthorized Disclosure." He was an editor for OpEdNews.com
Related Topic(s): Edward Snowden; Whistleblowers-ing, Add Tags
Add to My Group(s)
Go To Commenting
The views expressed herein are the sole responsibility of the author and do not necessarily reflect those of this website or its editors.