My guest today is economist, Chancellor's Professor of Public Policy at the University of California at Berkeley and former Secretary of Labor, Robert Reich.

Joan Brunwasser: Welcome back to OpEdNews, Bob. It's been a long time since we talkedabout "Inequality for All" back in 2013. I understand that your new book, THE SYSTEM: WHO RIGGED IT AND HOW TO FIX IT, is out March 24. That's exciting! Let's talk about your recent piece: The Democratic Establishment is Freaking Out About Bernie. It should Calm Down. Is the term "Freaking Out" hyperbole or, simply, right on target?

Robert Reich: I didn't write the headline, but I do think the Democratic establishment is incredibly worried about the possibility that Bernie Sanders will be the Democratic nominee. I define the "Democratic establishment" as the movers and shakers in the Democratic Party -- the major funders and bundlers, advisers and consultants, pundits, and present or former elected leaders and key appointees, most of them living in Washington, New York, LA, and San Francisco -- who supported Bill Clinton in 1992, Al Gore in 2000, John Kerry in 2004, Barack Obama in 2008, and Hillary Clinton in 2016. They're the ones who helped shift the Party from its New Deal, organized labor, civil rights, anti-Vietnam War, and urban black base in the 1960s and 1970s to a new base centered in the middle and upper-middle-class and so-called "suburban swing" voters. They welcomed corporate and Wall Street money. They're liberal on social issues, cautious on economic issues. They see Bernie (and, to a lesser extent, Elizabeth Warren) as fundamental threats to the Party.

JB: Do I need to point out that the progressive policies that Bernie is espousing are really not so radical? In fact, they would have fit right in with earlier administrations, like FDR's, for instance. Even Nixon had a plan to extend health coverage more universally. Would it have made a difference if Bernie had been framing his vision as a new, New Deal, as opposed to a revolution, or would the Powers That Be, no longer the traditional base of the Democratic Party, still shy away? And where does it leave those traditional components of the old Democratic Party and who can speak for them if the Democratic establishment continues to ignore them on the one hand and take them for granted on the other?

RR: I don't think it matters how Bernie (or Elizabeth Warren) might have framed their policies. The corporate and Wall Street establishment would have condemned their wealth tax, for example, even had they called it apple pie. The needs of the traditional elements of the Democratic Party are ignored, except perhaps in the months preceding an election.

I mean, for forty years the median wage has barely budged! And what have Democrats done about this? Have they championed labor unions? Have they fought monopolies? Have they conditioned Wall Street bailouts and corporate tax subsidies on giving workers better deals? No. Even when Clinton and Obama had both houses of Congress, they didn't support "card check," which would have made it far easier to form unions. 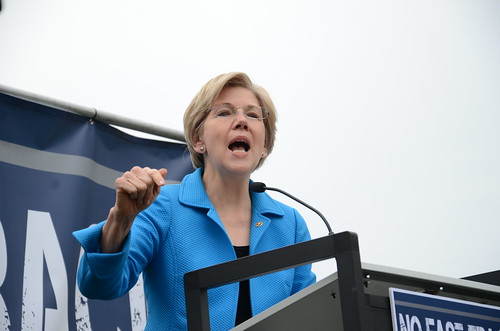 JB: I get that the two parties are not clones of one another, although the DNC-Dems seem to be headed in that direction. The obvious question is, how do you reconcile two very different visions, each of which has their strong and outspoken adherents? And more essentially, how do you overcome that imbalance of power when one side seems to hold all the cards? Are we forever doomed by the stranglehold of special interests?

Meanwhile, the Democratic establishment and anti-establishment remain deeply divided. Establishment Dems worried in 2016 that they'd lose control, so the DNC asserted itself on behalf of Hillary Clinton. Even though Bernie supported Hillary in the general election, on Election Day 25 percent of Sanders primary voters voted for someone other than Hillary Clinton (10 percent voted for Trump).

What will happen this year to the Democrats? If Biden is the nominee, we could have a repeat of 2016. If Bernie is the nominee, the establishment will be apoplectic. Some will vote for Trump (former Goldman-Sachs CEO Lloyd Blankfein, a lifelong Democrat, says he'll vote for Trump over Sanders). Hopefully, the specter of a second Trump term is so loathsome that most Democrats will stay united regardless. 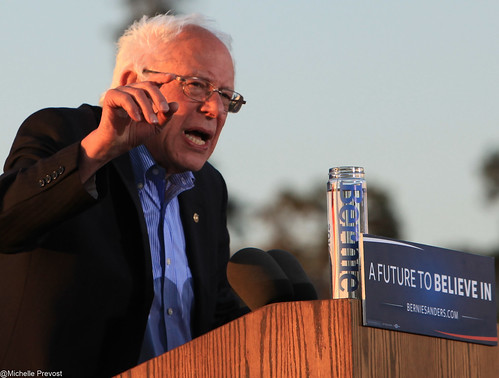 JB: Why aren't you worried about Bernie? I know you supported him in 2016 over Hillary. That was a potentially uncomfortable position for you, since you had been in Bill's cabinet. How did you decide and how much is the same and how much is different, four years later?