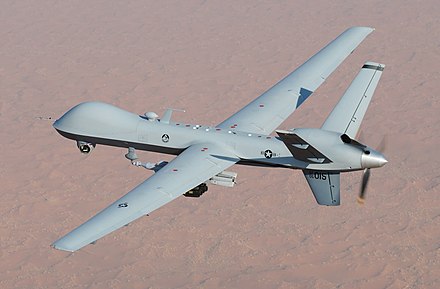 Outgoing U.S. President Donald Trump has preferred an approach to the War on Terror that influences U.S. society in terms of racism and exclusion - the 2017 executive order known as the Muslim Ban being one of the most prominent policies adopted. As President-Elect Joe Biden is set to take office in January 2020, reports about Trump refraining from foreign intervention are forming the foundations of a contrast with Biden's politics - the latter having expressed himself favourable to foreign intervention on several occasions.

This is not to say that Trump was averse to foreign intervention. In 2019, Trump revoked a policy through an executive order, that required more transparency regarding the number of civilians killed in drone strikes. Collateral damage, in the War on Terror rhetoric. In the first two years of Trump's presidency, 2,243 drone strikes were carried out, exceeding Barack Obama's record, under whose rule drone strikes were normalised. Latin America - think Bolivia's U.S.-backed, and short lived, military coup against Evo Morales - is an example of the Trump administration's interference. It is also a continuation of U.S. policy in Latin America - the most prominent being the targeting of Venezuela during Obama's presidency.

The main contention, however, is the North Atlantic Treaty Organisation (NATO). Unlike previous administrations, Trump created a rift in U.S. cooperation with NATO over defence spending which Biden seems intent on reversing. NATO's Secretary General Jens Stoltenberg has already invited Biden to a forthcoming summit next year. "I have invited President-elect Joe Biden to a NATO summit in Brussels early next year. I'm looking forward to working with him," Stoltenberg declared during a press conference in Brussels.

Since Trump continued with violent U.S. policies during his presidency, the politics did not veer much from NATO's strategy. What matters to the organisation is bringing the U.S. back to the fold of globalised violence.

Nearly two decades have passed since former U.S. president George W Bush declared the War on Terror, which later expanded to also include the Arab Spring under the guise of allegedly bringing democracy to the Middle East and North Africa.

During Obama's presidency, Biden pushed for increased counter-terrorism operations in Afghanistan, using drone strikes as the preferred method of operation. As the Arab Spring reached Libya, Obama opted for the same tactics, while justifying military action and the plans for regime change in Libya which ultimately led to the lynching of Libyan leader Muammar Gaddafi, as requested by civilians.

Indeed, the civilian narrative has been used as a veneer for impunity by NATO and the countries that participated in Libya's destruction, even as drone strikes did nothing to protect civilians. Precision bombing was merely a psychological tactic used to normalise war for spectators.

During his electoral campaign, Biden had pledged to end "the forever wars in Afghanistan" and shift focus to Al-Qaeda and ISIS. Stoltenberg has cautioned against a sudden withdrawal of troops from Afghanistan - a move which Trump can still execute - saying that the country "risks becoming once again a platform for international terrorists to plan and organise attacks on our homelands."

NATO's terror strategy is, of course, overlooked as pre-emptive defence. Under the guise of allegedly preventing Afghanistan from becoming a terror hotspot, NATO ravaged the country and turned it into a perpetual excuse to justify foreign intervention in the Middle East.

If Biden opts for drone strikes to allegedly curb terrorism, NATO will have found a willing accomplice for its strategy. Withdrawing troops upon a stipulated time table and upon which consensus has been reached does not automatically translate to an end to war. Bringing the U.S. back to the fold is an important step for NATO's impunity - less scrutiny, after all, enhances the prospects for violence.

Related Topic(s): Global Capitalism; Global Hegemony; Violence-War, Add Tags
Add to My Group(s)
Go To Commenting
The views expressed herein are the sole responsibility of the author and do not necessarily reflect those of this website or its editors.