This article was originally published on Middleeastmonitor. 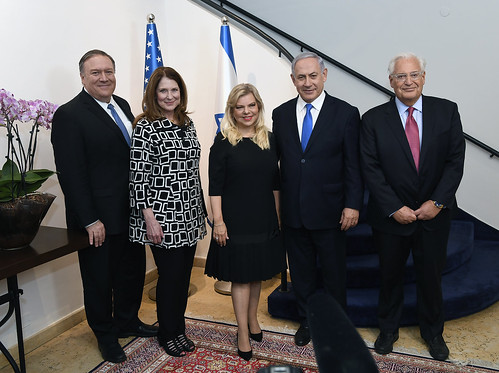 US Ambassador to Israel David Friedman claims that Israel has "the right to retain some, but unlikely all, of the West Bank." In response, the Palestinian Ministry of Foreign Affairs has declared its intent to file a complaint at the International Criminal Court (ICC).

Since finding itself ostracised by the US, the Palestinian Authority has become more willing to articulate "US complicity with Israeli colonial plans," as veteran official Saeb Erekat put it. However, the PA has not changed its tactics of speaking out belatedly and seeking recourse at institutions which, due to bureaucratic procedures, render such a move pointless.

The PA Foreign Ministry's press release, quoted partially by Wafa, describes Friedman as "illiterate in politics, history and geography, and [someone] who belongs to the state of the settlements [Israel]."

It is not without reason that Israel and the US remain unfazed by the PA's threats. Whenever Palestinian issues are taken to an international organisation, Israel is assured of having bought itself additional time to further its colonial expansion. By the time that the international community deems it important enough to issue a statement on the Palestinian complaint, the violations committed by Israel have usually exceeded the initial issue complained about. The result is a cycle of normalising Israeli violations and, in turn, normalising Israel's existence. The PA's probable approach to the ICC thus plays into Israel's hands.

The race to fail Palestine: the two-state compromise and Trump's 'deal of the century'

In its 2018 report on Palestine, the ICC stated that it has "advanced and significantly progressed its analysis" as regards the information submitted since 2015. Yet the rhetoric used in the report in particular the constant use of "alleged" actions taken by Israel against Palestinians does not attest to the ICC's conclusion. If international law has stipulated what constitutes a violation, how long should it take a panel of legal experts to determine the transition from alleged crimes to actual crimes?

In 2016, the US opted to abstain instead of using its veto during the vote on the UN resolution calling for an end to all Israeli settlement activities. While the PA celebrated former President Barack Obama's final gesture, it failed to acknowledge the insignificance of such a diplomatic move at an institution which specialises in non-binding resolutions.

If the UN resolution was truly a significant victory or, at the very least, an international effort to hold Israel accountable, Ambassador Friedman would not be speaking about annexation of Palestinian land as if it were simply Israel's logical next step in its colonial agenda.

The international community will not prevent Palestinians from using its platforms to engage in further diplomatic delays. Likewise, it will not obstruct Israel and the US from carrying out their plans to divest Palestinians of even more territory. This discrepancy, elicited by the international community when faced with two opposing actions, is something that the PA resolutely refuses to consider when deciding what it should do.

Reacting to Israel, rather than formulating a plan based upon legitimate Palestinian demands, is a proven recipe for disaster. The PA's insistence on using such a tactic must be called out. There is no point in resorting to international platforms when there is no political will to engage with Palestinians on issues which will keep the PA engaged in its usual wilful dereliction of duty, while the people of Palestine are left with nothing but the memory of transient symbolism.