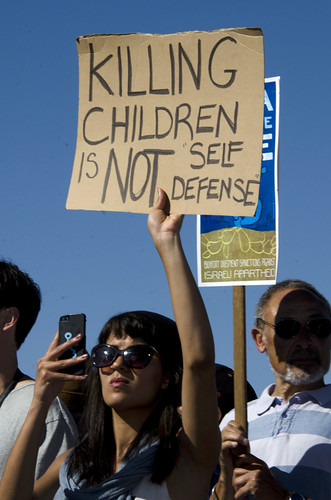 The targeting of Gaza's civilian infrastructure, including school premises, is a violation of international law in which Israel indulges routinely. Only this time, the international community is not even attempting to feign the usual concern.

What happens to upholding education as a basic human right, when Israel's bombing of Gaza becomes a normalised routine, you might ask?

In November 2018, Israeli airstrikes on Gaza targeted Palestinian schools, as well as a kindergarten and a learning support centre. At the time - also within the context of Israeli forces disrupting education in the occupied West Bank, and schools being slated for demolition - the UN's Humanitarian Coordinator Jamie McGoldrick stated, "The classroom should be a sanctuary from conflict, where children can learn and develop as citizens."

However, in its most recent two-day aggression against Gaza, Israel damaged13 Palestinian schools.

According to the Palestinian Education Ministry, windows and doors weredamaged when classrooms were hit by shrapnel from Israeli weapons. The silence emanating from the UN is telling of an international community which has blatantly defaulted.

During Operation Protective Edge in 2014, which lasted 50 days, Israel destroyed 26 schools and damaged 122 others, among them 75 UNRWA education premises. Kindergarten schools in Gaza were also targeted: Out of 407, 11 schools were destroyed by Israel and another 133 were damaged.

In addition, students accounted for 27.4 percent of the total death toll from Israeli airstrikes. These statistics were compiled by UNESCO and published in 2015. And although the report details recommendations for "protecting education from attack," it fails to assert Israel's culpability and accountability.

From measured criticism, the UN has degenerated into a complicit silence

Also in 2014, Israel was mostly condemned for shelling UN schools, rather than for targeting Gaza's education sector. The "criminal act", as referred to by former UN Secretary-General Ban Ki-Moon, only received considerable media attention due to the school's affiliation and its facilities being used as temporary refuge for displaced Palestinians. The wider context; a systematic targeting of education premises which disrupted Palestinian education in Gaza, was omitted.

The UN had also accused Israel of intentionally targeting one of their schools during Operation Cast Lead in 2008-2009 but refused to pursue the matter legally, stating that the board of inquiry "does not make legal findings and does not consider questions of legal liability".

Media scrutiny in earlier years, despite mainstream bias in favour of Israel, made it impossible to ignore the destruction wrought by the Israeli military in Gaza. At the very least, it was expected that the UN, in its role as alleged protector of human rights, would speak out on Israel's targeting of Palestinian schools. However, UN statements lacked the intent to hold Israel accountable.

Now that Israel has clearly changed its tactics from large scale aggressions to routine airstrikes, the international community has also altered its response. From measured criticism, the UN has degenerated into a complicit silence. The destruction of 13 Palestinian schools has not been deemed worthy of acknowledgement, let alone a collective effort to hold Israel accountable.

The UN has, even during the earlier Israeli onslaughts on Gaza, sought to uphold Israel's security narrative by not exceeding routine inquiries. Prolonged bombing of the enclave usually resulted in two parallel responses - upholding Israel's alleged right to defend itself despite being the aggressor, and speaking about Palestinians from a human rights perspective, lest the UN validate Palestinian political demands.

The UN has, even during the earlier Israeli onslaughts on Gaza, sought to uphold Israel's security narrative

Such duplicity now seems no longer necessary. Israel's greatest achievement, to the detriment of Palestinians in Gaza, has been to normalise the bombing and its repercussions.

The UN has followed suit, blaming rocket fire from Gaza as seen in several statements by UN officials. Having absolved Israel of bombing Gaza, the UN will definitely not be issuing any statements deploring the destruction of educational premises.

Hamas has expressed "shock" at the UN omitting the context for the rocket fire from Gaza, as well as the organisation's refusal to comment about Israel's two-day aerial bombardment.

Yet, there are precedents to this new impunity.

Related Topic(s): Palestinian Massacre, Add Tags
Add to My Group(s)
Go To Commenting
The views expressed herein are the sole responsibility of the author and do not necessarily reflect those of this website or its editors.