While establishment candidates give fancy speeches to Wall Street for Big Bucks, Major Gabbard has once again put duty before self to accompany her unit overseas. It is not surprising that the only combat veteran and active duty soldier running for President is also the ultimate peace candidate. Like Tulsi, most veterans oppose war and support peaceful alternatives but those who have never been to war think that it is OK to send young Americans off to die for oil and corporate profits.

Gabbard has always put duty before self. This is a recurring theme of her campaign. She considers her duty to the American people to be more important than her own interests and even her own life. She did two tours in Iraq, a war zone. No other Presidential candidate has put their life on the line for the people of this country. Though she discovered Iraq was based on a lie and wants to end the wars, she does not regret her service to her country. Most other candidates are too busy supporting pay increases for themselves to stand up for their people and country. 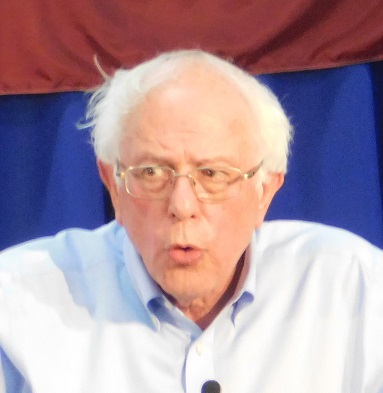 The closest sacrifice by another candidate was that of Tulsi's close ally Bernie Sanders who once chained himself to an African-American woman in his struggle to protect the civil rights of all people. This is a struggle that Tulsi Gabbard, a woman of color, shares. So it is not surprising that Bernie Sanders and Tulsi Gabbard have essentially been a team since 2015, when Congresswoman and Major Tulsi Gabbard gave up her DNC career and position as Party Vice Chairman in order to back Bernie Sanders for President. It was Tulsi who nominated Bernie at the 2016 Democratic National Convention.

A big fear for opponents of Trump's food and medical embargo (that is expected to kill millions of Venezuelan children) is that Tulsi, the candidate who is standing the strongest against the sanctions on Venezuela, will be silenced by the corporate media. Supporters of freedom of the press are praying that Tulsi's call for dropping charges against Julian Assange, freeing Chelsea Manning and pardoning Edward Snowden will make it into the third debate.

The rigged polling has been detrimental to the campaigns of both Bernie Sanders and Tulsi Gabbard. Both are widely supported, not by the establishment, but by regular people, especially young people. These are the ones omitted from the polls. This is one of the reasons the polls do not reflect the will of the voters. Unfortunately, although both Bernie and Tulsi have more than met the debate individual donor requirement, misleading and rigged polling is being used to undercut the appearance of Bernie's popularity and to try to keep his right hand, Tulsi Gabbard, off the stage. And now at this critical time, Tulsi is having to leave the campaign trail to serve overseas.

The establishment is terrified of Tulsi Gabbard. They have misportrayed her position on Syria, on Medicare for All and on BDS. (Tulsi is a strong supporter of the right to boycott Israel but you wouldn't know it by reading misleading articles.) Her first two debates have taken down two establishment candidates: Tim Ryan and Kamala Harris. To punish Tulsi for telling the truth about Kamala Harris, the media has falsely accused a U.S. active duty Major of being an "Assad apologist" and of doing the bidding of Russia.

A prime beneficiary of Tulsi's debate skills is Bernie Sanders, whose competition is being eliminated one by one. Bernie's supporters are hoping that Tulsi's deployment and the rigged polls do not prevent Tulsi from being in the third debate. As Bernie has met the polling requirement, many of his supporters are asking everyone to poll for Gabbard before August 28 so that the two can stand together against the establishment in the third debate. 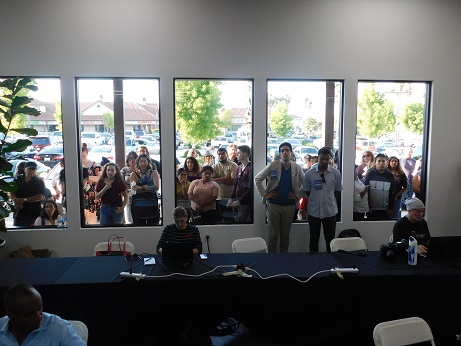 Tulsi has well over the necessary number of individual donations to be on the debate stage. To block her from on the stage, the DNC is looking to certain unrepresentative polls, which are slanted heavily towards older rich white men. Almost all approved polls are done by telephone and require the prospective recipients to answer their telephones. When the phone rings, most single women (particularly victims of past violence) do not answer unless they know who is calling. This eliminates a great many women from consideration. Minorities have been under siege in the USA and generally screen calls as well. Often the poor don't have phones. When they do, they usually have pay-as-you-go phones. When was the last time you saw a homeless person polled? Individuals in the military don't answer their phone calls when on duty. Tulsi will be out of touch with her campaign while deployed overseas. Older well-to-do people often have landlines that have retained their numbers over the years and they constitute an over representative sample of this polling. Surveys show that this group is more likely to watch the mainstream media, which has biased coverage against both Bernie and Tulsi. An additional obstacle for Tulsi is that the polls use her last name and her supporters are promoting her with her first name. Her last name is hard to find on her campaign literature. The gist of the misleading polls is that they make is falsely appear as if Bernie and Tulsi are less popular than they are and as if establishment candidates like Biden are more popular than they are.

In spite of biased polling and deployment to military duty outside the country, Tulsi remains very popular with crowds wherever she goes. It is difficult for her to arrive at an unexpected event without being mobbed by supporters who rush to the locations as soon as they get word she might be there. While Tulsi is on duty for her country, Bernie is expected to carry their joint message to his events. Crowds of Tulsi supporters will also continue to carry her message of peace to the public.

Henry has been a professor of political science and legal ethics and an advisor to many successful candidates for public office. He is currently working on a book about the inequality crisis in America.
Related Topic(s): Active Duty Soldier; Bernie Sanders 2016 Presidential Candidate; Democratic; Gabbard-Tulsi; Julian Assange; Military; Peace; Peace; Polls; President; (more...) Presidential Cnadidates; Presidential Race 2020; Sanctions; Tulsi Gabbard; Tulsi Gabbard; Wars; Women, Add Tags  (less...)
Add to My Group(s)
Go To Commenting
The views expressed herein are the sole responsibility of the author and do not necessarily reflect those of this website or its editors.