This is the question that was asked by a great many DNC/CDP members last weekend as they tried to understand the scheduling debacle that pitted the Democratic National Committee Meeting in San Francisco against the California Democratic Party meeting in San Jose (one to three hours away, depending on traffic). On the two main days for both events, August 23rd and 24th, attendees had to choose which to attend and which to miss. It turned out that the CDP did better on overall attendance than the DNC. When Tom Perez spoke, there were about a hundred delegates in the DNC ballroom. The crowd significantly increased when Bernie spoke. At the CDP meeting, the crowd in the general sessions ranged between about 300 and 500.

As Bernie was about to speak at the DNC Friday afternoon meeting, Kamala Harris's supporters loudly walked out of the hall and continued to make noise outside in a seeming attempt to drown out Bernie. One might think this would create disfavor with the DNC. However, most party leaders said they were supporting a Harris/Warren ticket, leading some progressives to wonder if this was an officially- -sanctioned affront against Bernie. The DNC was in charge of the microphone volume and there no lack of security to handle the problem.

Congresswoman Tulsi Gabbard, who gave up her DNC career to back Bernie Sanders in 2016 is the candidate the establishment most fears. Tulsi has more than met the debate criteria in the number of unique donations and in poll numbers in 26 of the most respected national polls, but the DNC, fearing she will take down another Establishment candidate, is refusing to let Tulsi into the third debate against candidates who have lower polling numbers in most polls and significantly fewer unique contributions than Tulsi has. The problem (or maybe plan) is that the smaller "DNC approved" polls have mostly been avoiding polling over the last month as a block to allowing Tulsi into the third debate. 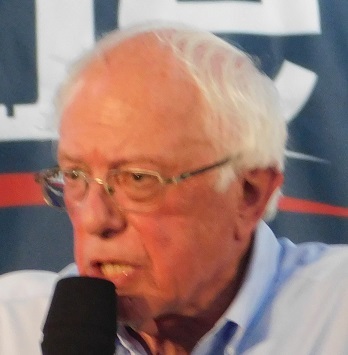 Bernie activists who have reportedly learned that the DNC plans to go after him, once Tulsi was out of the way, chose not to take things lying down. Tulsi is the only candidate with a history of having Bernie's back. Several activists went to party leaders and asked point blank whether blocking popular candidates like Tulsi Gabbard and Bernie Sanders from being nominated would be worth a second term for Donald Trump. To the surprise of the activists, leaders spoken to were clear that holding Bernie and Tulsi to the contract they were forced to sign before the first debate was more important than fairness and beating Donald Trump. Some leaders talked about which candidates they planned run in 2024 if Trump was re-elected. An assistant to one of the party bosses, who asked not to be identified for fear of losing his job, pointed out that the DNC actually makes more money as a result of anger about Donald Trump's Presidency than they would if a popular progressive, such as Bernie Sanders or Tulsi Gabbard, became President. One person pointed out that a ticket with Warren and Harris would be labeled progressive and the expected loss would be used to McGovern or kill the progressive movement within the party. 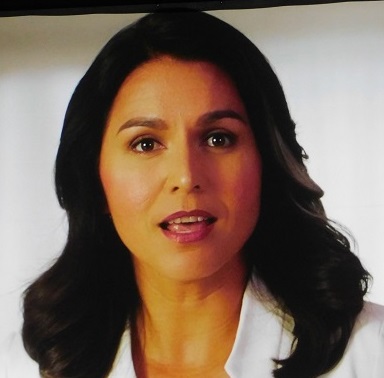 Tulsi Gabbard had been re-deployed prior to the DNC meeting and was only able to attend by pre-recorded video. Interestingly, at the DNC meeting, her table was placed in a corner away from everyone. The supporters at her table were told to sit there like good little children. One Tulsi supporter broke the mold and handed out copies of Senator Mike Gravel's endorsement letter of Tulsi Gabbard inside the DNC meeting. The letter on Gravel's stationary called Tulsi "the most qualified and prepared candidate." At the CDP event, the Gabbard supporters weren't sitting in a corner. Everyone who attended the larger CDP meeting received a copy of Gravel's endorsement letter and other literature in support of Gabbard. It was reported that over one thousand pieces of Tulsi literature were distributed to Democrats attending the CDP Executive Board meetings and caucuses. The attendees there were greeted by a giant volunteer-printed banner at the ballroom door at both general sessions. Top-behind-the-scenes DNC leader Bob Mulhulland was seen studying Tulsi's military picture on the banner.

The treatment of the press at the DNC event was rather interesting. The ballroom there was divided into two sections with the press at the back. DNC members could just walk in and out of their section of the room but the press section had metal detectors with guards searching bags and repeatedly running wands over reporters as if they were terrorists. The CDP meetings were significantly more relaxed. No metal detectors, wands or searches. 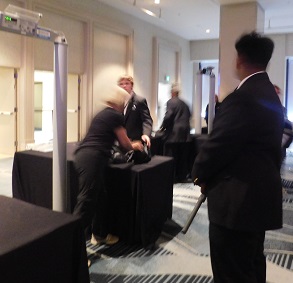 At the CDP meeting, there was a great deal of dissatisfaction. According to past and current officials, the standing committee membership is less diverse than ever before. To fake diversity, a single individual fitting multiple categories was treated as multiple people. Most disabled people were cut from the standing committees. Supporters of one of Chairman Rusty Hick's opponents were summarily thrown off any committees that could make a difference in the party's positions on in the election. Five of the supporters of Berniecrat Daraka Larimore-Hall, who had been long-standing members of the Voter Services Committee, reported being suddenly removed without explanation. These were the most active Voting Services Committee members in terms of trying to improve voter integrity and protect the rights of voters. When questioned about the removals, Committee Chairman Jess Durfee said it was Rusty who had thrown these Berniecrats off the committee and that there was nothing he could do about it.

The priorities of the Voters Services Committee have changed as well. Removed from the goals were diversity and integrity of the vote (as in making sure all registered voters could vote regular ballots). Removed as a lead subcommittee chairman was a party delegate who had pushed through a call for expanding voting rights to felon prisoners and ensuring that registered voters were not disenfranchised due to election oddities. Instead, that subcommittee chairman was relegated to being a secondary assistant below the subcommittee assistant chairman on the subcommittee to which he was assigned this year.

There was some talk of a lawsuit over the committee assignment questionnaire. There were two sex-related questions, one of which demanded to know the sexual orientation of the applicants. All those who refused to answer on the grounds that it violated their privacy were denied committee positions. Also denied standing committee positions were all civil rights attorneys and all criminal defense attorneys.

People fed up with the Democratic Party have encouraged both Tulsi and Bernie to run together as independent candidates. Tulsi especially has cross-party appeal for independents. Bernie is popular across the board as well and many view them as an unbeatable ticket, no matter what their political affiliation. Most Americans are independents or third party members by almost a two to one margin over the registrants of either of the major parties. However, because their Congressional seats are considered critical to fighting the military industrial complex and Wall Street, it is doubtful either Tulsi or Bernie will run as an independent.

Henry has been a professor of political science and legal ethics and an advisor to many successful candidates for public office. He is currently working on a book about the inequality crisis in America.
Related Topic(s): Attacks On Bernie Sanders; Bernie Sanders Presidential Campaign; Berniei Sanders Progressives Largest Facebook Grou; California Democratic Party; Debate; Democratic; Democratic National Committee; Establishment; Nomination; Polling; (more...) Presidential Candidate Tulsi Gabbard; Progressives; Provisional Ballot; Trump; Tulsi Gabbard; Tulsi Gabbard; Voter Fraud; Voting, Add Tags  (less...)
Add to My Group(s)
Go To Commenting
The views expressed herein are the sole responsibility of the author and do not necessarily reflect those of this website or its editors.