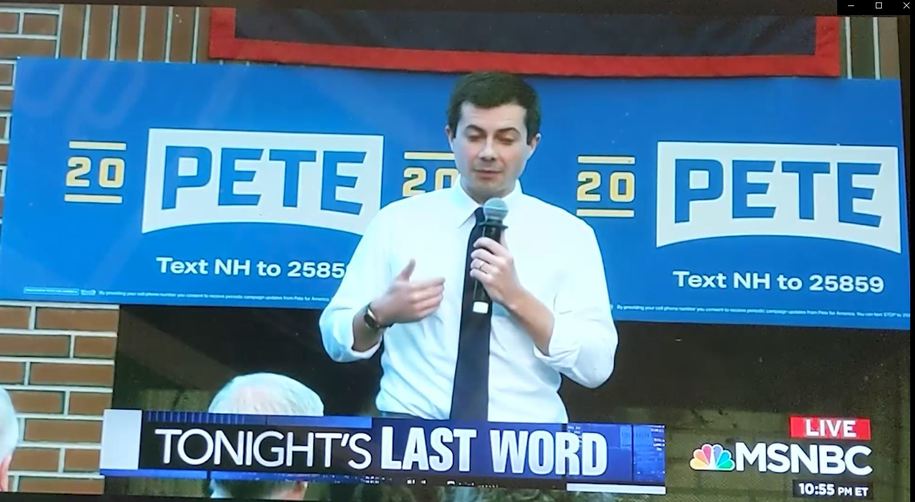 "My party's not known for worrying about deficits and the debt too much," Pete Buttigieg said. "But it's time for us to start getting into that business because what we've seen in Washington is that the party that talked a lot about the deficit when they were trying to kill off programs when it came time for the corporate tax cuts, it turns out, they don't care. There is a trillion-dollar deficit now and created under a Republican administration which means if my party doesn't start getting interested in deficits, then nobody will."

It is hard to understand the need of centrist Democrats to attach themselves to Republican talking points. Recently Klobuchar maligned progressive policies by using the GOP free-stuff moniker while speaking to Chris Matthews. Also, we must not forget Michael Bennet's attack on Medicare for All where he used GOP talking points as well.

The truth is, it is hard enough to fight off Republican obstructionists. Adding some of our own to the mix is a recipe for continual policy failure,

Egberto Willies is a political activist, author, political blogger, radio show host, business owner, software developer, web designer, and mechanical engineer in Kingwood, TX. Egberto is an ardent Liberal that believes tolerance is essential. His favorite phrase is "political involvement should be a requirement for citizenship". He believes that we must get away from the current policies that reward those who simply move money/capital and produce nothing tangible for our society. If a change in policy does not occur, America will be no different than many oligarchic societies where a few are able to accumulate wealth while (more...)
Related Topic(s): Debt; Democrats Progressive, Add Tags
Add to My Group(s)
Go To Commenting
The views expressed herein are the sole responsibility of the author and do not necessarily reflect those of this website or its editors.