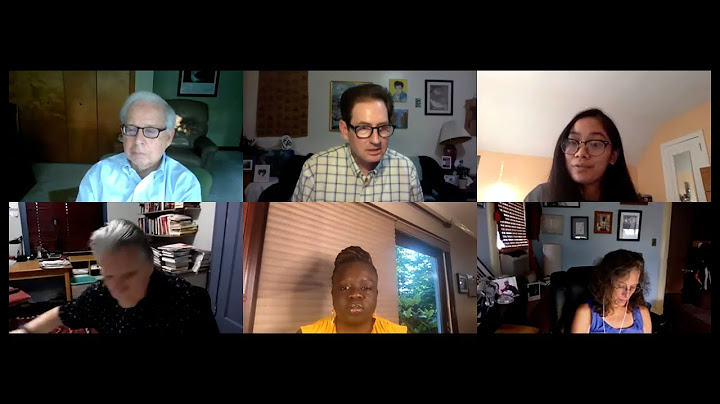 My wife and I co-produce what might be America's only TV show on education. Though we appear on local public access stations (including in NYC), and on You Tube, the big networks have so far ignored us. Somehow Education, despite its vital importance to the nation, is considered too boring, egg-heady, or not sexy enough for the market-driven TV networks: where ratings always trump democracy. The result being a snubbing of education, yet surfeit of shows about cops, cooking, and surviving on an island.

Be that as it may, this year our show was nominated for the prestigious Yidan Prize, created by a Chinese billionaire to serve as the equivalent of a Nobel Prize in Education. Now, the question of why Alfred Nobel left out education from his vaunted list of subjects to honor would be a good topic for another essay. There's a rumor that he snubbed mathematics because his wife had an affair with a mathematician. I'm not sure if that's true, but at least it makes a juicy story!

What is true is that, over the past 50 years, education has gradually moved away from its noble, time-honored, civic purpose to nurture humanistic values. Let's call them the 3 c's: creativity, caring, and critical thinking. Without these vital human capacities, our democracy is over. Finished. Kaput. Minus caring, you get a mean-spirited society that breeds racism and tolerates grotesque wealth inequality. Minus critical thinking, it's easy to be duped by political liars like Donald Trump. Minus creativity, out go the bold, innovative solutions needed to solve serious problems like climate change.

This summer, my wife and I reached out to some of America's leading educational thinkers. Our goal is to spark something which, believe it or not, our country has never had: a national dialogue on what the true purpose of education ought to be. Absent a clear sense of focus on why people go to school, over the past 5 decades, education has been reduced to mere job training; a banal, technocratic experience that bores everyone, while contributing to the dumbing down which is so toxic to our democracy.

Luckily, there are some amazing educators working to reverse this depressing trend, to reimagine and transform education into a humane, democratic force of civic good. Joe Biden needs to hear from some of these folks before choosing his Secretary of Education. We were blessed to feature 3 of these big names on a Zoom show we filmed on August 27, 2020, which we titled "Education for a Better World." Each of them would make an excellent choice for the next Education Secretary.

Michael Rebell. Executive Director of the Center for Educational Equity (based at Columbia's Teachers College), Rebel is leading a groundbreaking lawsuit against the state of Rhode Island for failure to equip its students with the basic civic knowledge required of life in a democracy. Michele Fine. A distinguished professor at the CUNY Graduate Center in NYC, Fine's work makes important connections between education, psychology, and social justice. Ira Shor. Born and raised in the South Bronx, Shor's working-class background had as much of an impact on his notable work as his friendship with Paulo Freire; considered one of the greatest education philosophers of all time.

Our dynamic, multicultural panel includes a young Cambodian-American woman, Mealaktey Sok, one of the students on whose behalf Mr. Rebell is suing the state of Rhode Island, and Petal Robertson, an African-American woman who, as a grassroots community leader, heads the Montclair Education Association. With our democracy and planet in jeopardy, this is the kind of "must see tv" that shouldn't be confined to the hinterlands of under-the-wire public access. Hopefully, one day soon, important education thinkers will be household names; instead of Kim Kardashian.

So Mr. Biden, if you're reading this, make some popcorn and call Jill over to the couch. Yes, Jill. With all due respect sir, she is your better when it comes to education policy. As a working English professor at Delaware Community College, Dr. Biden is a good person to have in the room when discussing education. I already sleep better at night knowing that an educator will have our next president's ear.

John Bredin is a writer, educator, and host of the nonprofit TV show Public Voice Salon. The author of 15 books, his essays have appeared in Brooklyn Rail, New York Press, and Huffington Post. He has appeared in two movies, Variations, and (more...)
Related Topic(s): Democracy; Justice; Policy; Purpose; Transformation, Add Tags
Add to My Group(s)
Go To Commenting
The views expressed herein are the sole responsibility of the author and do not necessarily reflect those of this website or its editors.