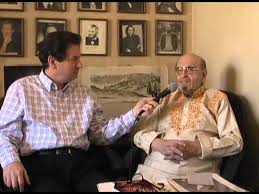 I begin this reflection with a sense of cautious optimism. The polls are looking good for a Trump defeat (fingers crossed), to put an end to this national nightmare of hatred and division. Joe Biden, though by no means perfect, represents a return to the norms of decency, respect, and tolerance for the opinions of others--i.e., the wellspring of democracy--and a spirit of civility that's been torn to shreds over the past four years.

Much has been said about the loneliness that has gripped our nation for the past seven months. While it's true that our fundamental human need for social interaction has been stifled by the lack of parties, absence of in-person meetings, classroom teaching, and office work... where chit-chat in the company kitchen is often the most meaningful part of a person's day... what this oasis from routine does give us (like an unexpected gift) is an opportunity to connect in more creative ways.

Random encounters on the sidewalk, in a cafe', or while shopping in a store (masks on, of course!) can be healing islands of humanity, psychologically necessary, infusing us with hope as they cheer along our day. This week I ran into a church friend whom I hadn't seen in months. Our simple exchange of smiles felt like a profound moment of grace. What have been your moments of social grace during Corona time? Many, I'm sure, will involve phone calls, or meetings and gatherings on Zoom.

Back in March, just as the darkness was descending, I attended the 100th birthday party of my dear friend the Rev Joseph Ben-David: founder of the Church of Humanism in NYC. Held on Zoom, the party was a beacon of humane light. Joe passed away peacefully in his sleep a few weeks ago. Up until just last year, though, at the age of 99, amazingly, Joe continued to give a monthly talk to his faithful flock on Central Park West. I tried never to miss it. In his speeches, Joe often talked of the great humanists who influenced his work, including Martin Buber: whom he actually knew and worked with.

Buber believed in the sacred power of dialogue and community; in the vital "in-between" space created when a self "turns to" another. Over the past 50 years, as Big Money took over just about everything (politics, media, education, and even culture), we've seen a marked erosion of that humane, transformative in-between space. Society has grown colder and meaner. Everyone's in a hyper-rush to get someplace else; ignoring the existential Here and Now. People pass each other like zombies in the public square.

Before we can fix our troubled democracy and planet, I believe we must find our way back to each other first. In a strange silver-lining to the dark cloud of Covid, Mother Nature has given us a "time out" to try and figure it out.

John Bredin is a writer, educator, and host of the nonprofit TV show Public Voice Salon. The author of 15 books, his essays have appeared in Brooklyn Rail, New York Press, and Huffington Post. He has appeared in two movies, Variations, and (more...)
Related Topic(s): Community Gardens; Democracy; Education; Parties; Quotes; Time, Add Tags
Add to My Group(s)
Go To Commenting
The views expressed herein are the sole responsibility of the author and do not necessarily reflect those of this website or its editors.