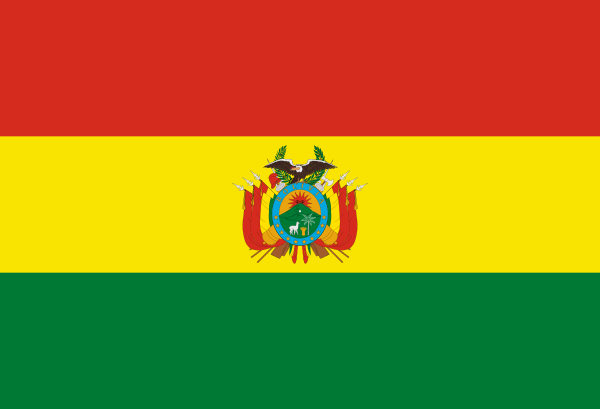 A victory for the majority of Bolivians, a victory for the world's poor, the indigenous, and supporters of equality, world peace, bread and land for all. October 19 exit polls show that the majority's leader, Luis Arce, and running mate David Choquehuanca Ce'spedes, won the election.

With around a quarter of the votes counted, exit polls showed them ahead of rightest opponents with 52-53% of the vote. No runoff election will be necessary.

Opponents Carlos Mesa (a former president) and Luis Fernandez Camacho received around 30% and 14% of the voters. Both are right-wingers who aggravated a military-threatened coup last November. Mesa, and the self-appointed coup president Jeanine Añez, have admitted defeat.

Mesa was ousted from power in 2005 following large demonstrations against privatized natural gas companies. Camacho is known as the "Bolivian Bolsonaro" in reference to Brazil's extreme right-wing president. Camacho's hometown, Santa Cruz, is the stronghold of the separatist movement. He led protests that culminated in the coup against Morales.

Arce and Choquehuanca are leading members of MAS (Movement for Socialism), whose founding leader was Evo Morales, president 2006-17. They embrace the indigenous political tradition of Suma Qamaña, emphasizing reciprocity, collectiveness, and balance with Mother Nature (Pachamama).

"We have recovered democracy," Arce said in a public speech following the cited exit polls. "We promise to respond to our pledge to work and bring our program to fruition. We are going to govern for all Bolivians and construct a government of national unity."

Luis Arce served as Morales' minister of economy and public finance. David Choquehuanca served as the foreign minister from January 2006 to January 2017. A couple months later, he became secretary general of the Bolivarian Alternative for the Americas (ALBA).

Jeanine Añez supported Mesa's candidacy after she dropped out of the election race. She received little support due to corruption scandals; abuse of civil liberties; backing police murders of three dozen indigenous people; a 30% decline in exports; eliminating the Ministry of Culture; reversing an EU-backed program allowing farmers to cultivate coca leaves for non-narcotic purposes; for allowing foreign corporations to control lithium resources; and poor response to the Covid-19 crisis, which has claimed 8,000 Bolivian lives and 130,000 infected out of a population of 12 million.

Twice postponed due to the corona virus, the October 18 election was the culmination of last year's October election. In order to prevent a bloody civil war, Morales resigned under force and went into exile, first to Mexico and then to Argentina where he is today.

Morales received more votes than Carlos Mesa, who ran against him last year. Mesa, however, called Morales' claimed victory a "fraud", contesting the president's assertion that he had won more than 50% of the votes, which meant there would be no runoff election. The US-dominated Organization of American States (OAS) claimed that Mesa was right.

The fraud allegation is discredited by researchers from the Massachusetts Institute of Technology (MIT) commissioned by a liberal research group based in Washington, D.C. They found that the OAS had overstated the significance of voting discrepancies from before and after a pause in the vote count.

"The OAS allegations were indeed the main political foundation of the coup that followed the October 20 [2019] election three weeks later," wrote Mark Weisbrot, co-director of the Center for Economic and Policy Research last month. "But they provided no evidence to support these allegationsbecause there wasn't any. This has since been established repeatedly by a slew of expert statistical studies."

Related Topic(s): Coup; Democracy; Democracy; Election Free Media Advertising; Fascist; Moral Coherence; Moral Hazard; Peace; Socialist Failures, Add Tags
Add to My Group(s)
Go To Commenting
The views expressed herein are the sole responsibility of the author and do not necessarily reflect those of this website or its editors.