If Arauz wins the presidency, he may appoint an important economist and ideologist of the "Citizens Revolution" to a government post, Ron Ridenour writes in Strategic Culture Foundation. 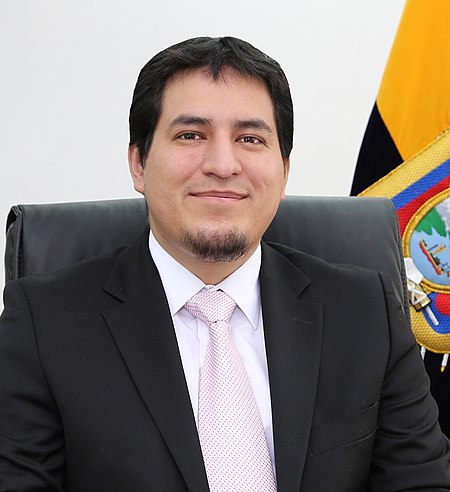 Andres Arauz, won first place, 32.7%, on the first round of national elections, February 7. Arauz is the first presidential candidate of UNES, Union of Hope.

Former president Rafael Correa led the formation of this party, Union of Hope (UNES) after he had backed Moreno for president in 2017. Moreno, however, turned against his own party's program, and went the way of wind blowing from the north.

The National Electoral Council (CNE) initial conclusion changed when all the votes were finally counted after four days, and Lasso ended in 2nd place with 19.74 to Pe'rez 19.38. Lasso and Pe'rez met privately with the CNE. Pe'rez claimed fraud and demanded a total recount. Eighty-one percent of 13 million registered voters had cast votes. Ecuador has 17.3 million population; 1.1 million are indigenous people. Second Round in Ecuador Under Threat: Arauz Denounces Moreno Government Interference in Presidential Elections - Orinoco Tribune - News and opinion pieces about Venezuela

Who actually took 2nd place, and will run in the final round, scheduled for April 11, is still undecided due to Pe'rez fraud accusations, President Lenin Moreno's government intervention, and outside interference.

In August 2020, UNES selected the 35-year old economist Arauz for the presidency. He had been Correa's Minister of Knowledge and Human Talent (2015-17). He planned for Correa to be his vice-president, but a court denied Correa the right to run for political office.

Arauz had hoped Correa could be his vice-president after he had served as president, 2007-17. However, an Ecuador court disallowed his candidacy given that Correa had been found guilty of corruption and sentenced him to eight years prison, in absentia. Correa was living in Belgium following Moreno turn to the right. From there, he denied any wrongdoing. Ecuador ex-president Correa jailed in absentia for corruption - BBC News

The court found Correa, and 19 other defendants, guilty of accepting $7.5 million from private firms in exchange for state contracts. They were also banned from partaking in politics for 25 years.

UNES chose communicator and political analyst Carlo Rabascall Salazar as its vice-president candidate. In his campaign launch event, he condemned Moreno's decision to make an advance $2 billion payment on the foreign debt during the peak of the corona pandemic. The funds were taken from public health and education systems. Thousands of health workers were fired during this pandemic. This caused the second highest death rate per capita in the world, after Peru.

The Moreno government had not expected that Arauz could acquire such support. He had sacked the CNE of Correa supporters. Many CNE members are now followers of either Lasso or Pe'rez. Its president, Diana Atamaint, is a member of Pe'rez' party, MUPP (Pachakutik Plurinational Unity Movement).

Founded in 1996, MUPP declared its program to support the interests of Indigenous peoples. Yaku Sacha Pe'rez Guartambel is the son of campesino parents from the Andean region. He changed his name, Carlos, to Yaku Sacha, "mountain water" in his native language of Kichwa.

Related Topic(s): Equador, Add Tags
Add to My Group(s)
Go To Commenting
The views expressed herein are the sole responsibility of the author and do not necessarily reflect those of this website or its editors.