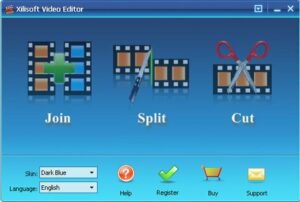 As we consider the increasingly terrifying possibility of a nuclear meltdown in Japan, we should also consider some catastrophes closer to home.

What's the main difference between a NeoCon "sting" operation, as James "Teabag Me" O'Keefe orchestrated against NPR with his fake Muslims -- and the telephone impersonation of David Koch by gonzo journalist Ian Murphy that showed Wisconsin Gov. Scott Walker was in bed with the Koch Brothers?

The lying, of course!  Whereas Murphy released the entirety of his taped conversation with Scott Walker, O'Keefe tried to suppress most of his "research."

An unedited version of the O'Keefe NPR video has surfaced and it shows how some "creative" edits intentionally designed to malign NPR Executive Ron Schiller by taking his comments and reactions completely out of context. At one point the edited version O'Keefe released to the public showed Schiller smiling and showing obvious pleasure when the "Muslims" revealed they were were radical followers of Sharia, when in fact he was laughing about confusion over a dinner reservation.

Another exchange that wasn't Teabag-worthy on the unedited version came when Schiller disagreed with the "Muslims" and defends the GOP, stating that he believes in many conservative ideas and values. Whoopsie! Clearly, that comment didn't make the cut.

Even as the global meltdown continues, not only in Japan, but in the escalating protests in Bahrain, with the Saudis stepping in to stop the demonstrations; and the increasing violence in Libya as Quaddafi continues air-strikes against his own people -- we must not let our attention be diverted from the ongoing efforts by the people of Wisconsin and other Midwestern states to retain their civil rights, or from other right-wing efforts to destroy democracy here at home.

Because the Teabaggers can't be honest or ethical about anything.  Ever.

Kathy never expected a career in radio as a talk show producer. Born and raised in Atlanta, Georgia, Kathy was completing her nursing degree when in 2001 - in an emergency - she was asked to fill in as the producer of Mike's program. Within a few (more...)
Related Topic(s): Meltdown; Teabaggers, Add Tags
Add to My Group(s)
Go To Commenting
The views expressed herein are the sole responsibility of the author and do not necessarily reflect those of this website or its editors.