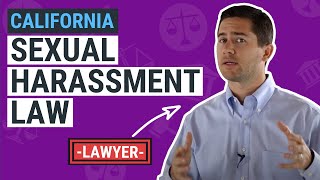 Hi Truthseekers, it's Kathy. Like virtually every other woman I know I was also the victim of sexual harassment, and also of sexual abuse. The abuse occurred three times, by three different men.

The first was a teenage lifeguard at the YMCA where I took swim lessons. When I was 10 he convinced me to follow him to the storage space behind the pool, pushed me against a wall and tried to get his hands under the crotch of my bathing suit. I slid down to the floor and slipped out under his legs and ran to the girl's locker room. I sat there, scared, heart beating out of my chest, confused, not sure what to do. So I just got dressed and went outside and waited for my mom to pick me up as usual. No, I didn't tell anybody. I didn't even know what to say, we didn't have sex ed in school in Atlanta in the 70s and we didn't talk about stranger danger or inappropriate touching. I wasn't even sure it was sexual.

The next time it happened was three years later when I was 13, my daughter Molly's age now. My parents were divorced, Dad lived in Colorado and mom had sole custody of me, her only child. I was an early bloomer, as my grandmother used to say. I was already 5'5 and "developed" and was often mistaken for a high school or college student. I was used to teenage boys asking me out, which was kinda thrilling. One of these boys was 17 and in a band and I had a serious crush, but that's all it was.

I used to ride my bike to hang out at a nearby video arcade, honing my fierce Galaga, Asteroids, and Dig Dug skills. The arcade manager was a man in his early 40s. He used to play games with us kids, and his favorites used to get a handful of free game tokens every once in awhile. I loved free tokens and made sure I was a favorite. He talked to me a lot, about his time in Vietnam, the 60s, his favorite bands. He told silly jokes, he was a fun guy -- like one of us kids. He started treating me like a junior manager of the arcade. I got to empty and reset the machines, and I always had a pocketful of free tokens for my own use, which I then doled out to my buddies like free, secret candy. Boy, that was fun, that was power.

I'm sure by now you're guessing the rest. One day, after a few months of this friendship, I was helping him straighten up the stools and wiping down the machines before closing. I soon realized the place was empty and we were alone. My radar was nonexistent at that age, so I just finished up my little self-imposed chores and started to walk to the door for the bike ride home. When I turned to tell him goodbye he was right behind me. He put his hands on my face and said "You know how I feel about you, don't you? You must. I love you, Kathy." Bam. Next thing I knew he was kissing me. I was too shocked to move at first. It took a second or two to move away, but when I did he immediately started apologizing, then crying, then telling me how hard it's been for him to have me there every day and not tell me how he felt. He was literally on his knees in the middle of this empty arcade breaking down in front of me, a 13-year-old 8th grader.

Looking back on this through the lens of time, I know he was a very sick man. He molested me. He was a pedophile, but I didn't know that word then. All I knew was that he was my friend, he kissed me, and now he was crying and somehow I felt responsible for that. So I started apologizing myself, telling him I was sorry he felt like this, and that I wasn't angry or upset, that it was okay and we could still be friends. That was my mistaken mindset at the time. I really did feel like I must have done something to make him feel like that.

Believe it or not, I still hung out at the arcade. I wasn't afraid of him, if anything I felt sorry for him. And I could tell he felt sorry about the whole incident, too. Besides, I liked the little adolescent power trip I had going on there, it was cool to be the Token Queen. What is harder to believe -- and what cost me a few years of therapy -- is that I told my mother the whole story and she didn't do anything. In fact she seemed to take it as a point of pride, that her daughter was just that darned attractive. She gave me a little talk about how I was "wise beyond my years" and so mature looking and acting and that I always carried myself like I was much older. So I was right -- his kissing me was my fault.

I'll save the rest of this tale for the book I'll probably never write, but let's just say I realized then that I was on my own where this kind of attention was concerned.

The third situation happened the next year when I was 14. My life-long best friend, who was like my big sister, had just been killed riding on the back of a motorcycle. Her boyfriend turned a corner too fast and hit a curb, throwing her over the handlebars and 30 feet in the air before she landed with such a force her skull shattered inside the helmet. She was 16. A ballet dancer, honor student, and in an early-acceptance nursing school program. I was in shock, it truly felt like my sister had died. Her mother was devastated, too, as was her little sister. Her mother (who was my mom's best friend) had remarried a had a two-year-old son, which meant there was a stepdad. A police officer, actually.

After her death the family couldn't bear to live in the house anymore, so mom and I went to help them pack and clean up. Summertime in Atlanta, I was wearing shorts. Stepdad and I were working to pack up boxes in the living room when I suddenly heard a loud mechanical noise and felt something slide up the back of my thigh and grab hold of my panties. The stepdad had run a DustBuster up my leg and was "vacuuming" my underwear with sick grin on his face. "You looked dirty" he shrugged, then turned it off and resumed taping boxes. I left the room, but didn't tell anybody. What was the point? His wife was virtually comatose with grief, my mother wasn't feeling much better -- and had not been very sympathetic with the arcade manager the year before -- so I chucked it up to "just another one of those things" and went about my day.

Then there was the much older (in his 70s) family friend who used to joke that he was going to run off with me and make me his mistress (I was 13). He would playfully swat my bottom in front of God and everybody, even in restaurants. Nobody blinked. There was a 9th grade math teacher who liked to hug me a little too much, and said he liked my perfume. When I got older and started working, it just kept going, it was almost always verbal and I always shrugged it off. The skinny sales rep where I answered the phones who used to wink at me and say he could "tear me apart with his razor-sharp hips." The head chef where I was a waitress who made lewd comments about how I should be working at Hooters instead of this French bistro. Boy, I could triple my tips there in half the time. When I called him an a**hole he became offended -- hey, he was just paying me a compliment! "What's wrong with you, baby?!"

Countless comments, innuendo, and objectification, from various adult men in positions of power, or co-workers, or restaurant customers -- even an attempted date rape -- over more than a decade before I realized that behavior wasn't normal, wasn't acceptable, and shouldn't be tolerated. I wasn't "asking for it" because I had a precocious adolescence, or wore shorts, or lipstick and mascara, or perfume, or let my date buy my dinner. And I'd like to think I'm reasonably intelligent with a clear moral compass and strong self esteem. Yet still it took that many individual occurrences over years and years of my life to achieve that hindsight realization. And I'm hardly unique. Almost every women I know tells a version of this story.

So yeah, me too. Maybe you, too. Or your mother or sister or wife or daughter. I'm writing this now because I hope it sheds light on the mindset of girls who might wait years -- or decades -- to speak the truth about their past. It may have taken them a long time to even identify the abuse. The first time I was molested I didn't even understand what happened. The second time I felt responsible and guilty. The third I just accepted that this is how some men behaved, it was to be expected. Some guys are just jerks. That remained my thinking until I was in my late-20s. It took me that long to realize that men have no right to touch a woman without her permission under any circumstances. Nor any justification for the sexual comments, so-called "jokes," or lewd suggestions, no matter what cretin sits in the White House and gets away with it.

Maybe, just maybe these grown women who are now speaking out about decades-old incidents really don't have a secret political motive or other hidden agenda. And maybe they're not making it all up, or exaggerating. Remember Anita Hill? That wasn't so long ago. Look how she was vilified when she came forward about Clarence Thomas and his Long Dong Silver fetishes. Maybe it just took this long for these women to change the way they view their own civil rights and value as human beings. And for society to change as well. Today there are systems in place to report workplace abuse that didn't exist 30 years ago. And, at long last, attitudes about women's privacy rights have changed and been codified in law.

Kathy never expected a career in radio as a talk show producer. Born and raised in Atlanta, Georgia, Kathy was completing her nursing degree when in 2001 - in an emergency - she was asked to fill in as the producer of Mike's program. Within a few (more...)
Related Topic(s): Girls; Men; Victims Of Sexual Harassment; Women, Add Tags
Add to My Group(s)
Go To Commenting
The views expressed herein are the sole responsibility of the author and do not necessarily reflect those of this website or its editors.