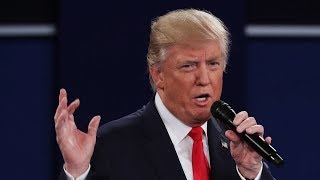 The blood drained from her face as Marie Yovanovitch, the career diplomat removed as the US ambassador to Ukraine, read the reconstructed transcript of President Donald Trump's July 25 call with Ukrainian President Volodymyr Zelensky the day it was released. There was the president referring directly to her: "The former ambassador from the United States, the woman, was bad news," Trump told the Ukrainian leader. And as Yovanovitch read on, she came across another Trump statement that seemed menacing: "She's going to go through some things."

Testifying before the House Intelligence Committee on Friday morning as part of the ongoing impeachment inquiry, Yovanovitch recalled how she had been "shocked," "appalled," and "devastated" to see a president undermine and threaten a US ambassador. And about the same time as she was telling the committee this, Trump was blasting Yovanovitch, claiming, "Everywhere Marie Yovanovitch went turned bad. She started off in Somalia, how did that go?" This was a shocking move that even a Fox News anchor likened to witness intimidation.

Yovanovitch's appearance mainly served to show that Rudy Giuliani, the president's personal lawyer, conspired with two shady business associates (who have since been indicted for violating campaign finance laws) and corrupt past and present Ukrainian prosecutors to wage a successful smear campaign against Yovanovitch, who had championed anti-corruption measures in Ukraine. But this second day of impeachment hearings showcased an important theme of the Trump years: Trump is a man obsessed with revenge.

The Democrats' impeachment project has been rather narrowly focused on one episode of Trumpian improbity: Trump exploiting the power of his office to muscle the Ukrainians into producing political dirt he could use against a potential 2020 rival and remove from his electoral victory its Russian stain. Was this an improper or illegal quid pro quo, extortion, or bribery? Did Trump pervert US national security interests to serve his own political and personal desires? These are important issues, but this controversy has also illuminated disturbing aspects of Trump's character.

Trump's love affair with vengeance is nothing new. Long before he entered politics, he publicly acknowledged his fondness for retribution. In 2011, he addressed the National Achievers Congress in Sydney, Australia, to explain his success. He noted there were a couple of lessons not presented in business school that successful people ought to know. At the top of his list was one piece of advice: "Get even with people. If they screw you, screw them back 10 times as hard. I really believe it." In a 2007 speech, he explained his first rule of business: "It's called 'Get Even.' Get even. This isn't your typical business speech. Get even. What this is [is] a real business speech...When you're in business, you get even with people that screw you. And you screw them 15 times harder. And the reason is...other people watch what's happening. Other people see you or see you or see and they see how you react."

As I noted almost two years ago, "Trump seems to live to settle grudges. For him, retaliation is a religion." And Trump himself in 2014 tweeted an Alfred Hitchcock quote: "Revenge is sweet and not fattening."

"Revenge is sweet and not fattening." -- Alfred Hitchcock

David Corn is  Mother Jones ' Washington bureau chief. For more of his stories,  click here . He's also  on  Twitter  and  Facebook .  RSS  |  TWITTER  David is (more...)
Related Topic(s): Ambassador; Impeachment; Marie Yovanovitch; Trump Anger; Trump Ego; Ukraine, Add Tags
Add to My Group(s)
Go To Commenting
The views expressed herein are the sole responsibility of the author and do not necessarily reflect those of this website or its editors.