It undercuts the veracity of Trump Jr.'s testimony to Congress. 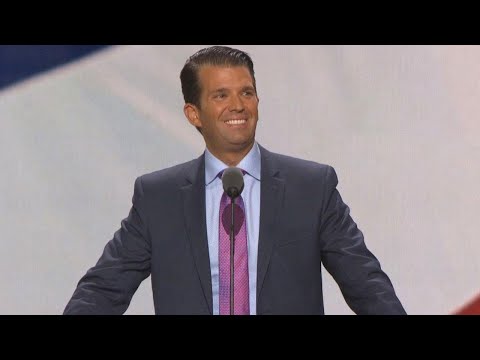 On Saturday afternoon, the New York Times revealed a 20-page private letter that President Donald Trump's lawyers had sent special counsel Robert Mueller in January in which they contended that it was impossible for Trump to commit obstruction of justice because he, as president, has authority over all federal investigations and the power to do whatever he wants with them. The letter is a brazen declaration of executive power, and legal experts immediately challenged its premises and assertions. The missive also raised a possible problem for Donald Trump Jr.: it suggested he had not told Congress the whole truth -- and might have even misled the body -- regarding the cover story he put out when it was revealed that during the campaign he, Jared Kushner, and Paul Manafort had met with a Russian emissary after being told she would share with them dirt on Hillary Clinton, as part of a Kremlin operation to help Trump.

At issue is the statement that Trump Jr. released, when news broke last July of that June 9, 2016, meeting in Trump Tower between the senior Trump advisers and Natalia Veselnitskaya, the Russian lawyer supposedly dispatched by a Kremlin official. Trump Jr.'s first statement claimed the meeting had been about Russian adoption policy. (American adoptions of Russian children had been curtailed by Moscow in response to the implementation of the Magnitsky Act, which imposed sanctions on Russian officials suspected of human rights abuses.) That statement did not mention that the meeting had been set up by the Trump campaign in the expectation it would receive from Moscow negative information on Clinton. And Mueller's investigation has been looking at the elder Trump's involvement in concocting that cover story. Earlier this year, the Times reported that Trump had supervised the writing of the statement and had insisted that it claim that the meeting only was about Russian adoptions.

David Corn is  Mother Jones ' Washington bureau chief. For more of his stories,  click here . He's also  on  Twitter  and  Facebook .  RSS  |  TWITTER  David is (more...)
Related Topic(s): Donald Trump Junior; Mueller Investigation; Trump Liar, Add Tags
Add to My Group(s)
Go To Commenting
The views expressed herein are the sole responsibility of the author and do not necessarily reflect those of this website or its editors.