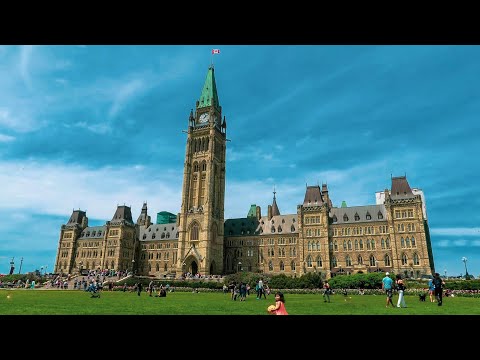 Parliament Hill Buildings Outside Tour, Ottawa, Canada The Parliament Hill buildings are set on a hill overlooking the Ottawa River. The original structure burned to the ground in a tragic fire in 1916. Parliament Hill is the most visited Ottawa...
(Image by YouTube, Channel: Team D)   Details   DMCA

Parliament Hill Buildings Outside Tour, Ottawa, Canada The Parliament Hill buildings are set on a hill overlooking the Ottawa River. The original structure burned to the ground in a tragic fire in 1916.

OVER THE LAST 18 TO 24 MONTHS, DOCUMENTATION OF WELL OVER 500 CASES OF BIRTH DEFECTS DIRECTLY RELATED TO NUTRASWEET HAVE BEEN IDENTIFIED IN CANADA

In the epilogue letter at the end of my article, you will see a letter from the Department of the Army stating the information is restricted, meaning at that time (approximately 30 years ago), it was classified. Classified information is officially stated to be secret: What makes this letter appalling is that it was written years ago when Canada finally approved aspartame after it had been turned down at least twice. Note the last sentence in the letter: "OVER THE LAST 18 TO 24 MONTHS, DOCUMENTATION OF WELL OVER 500 CASES OF BIRTH DEFECTS DIRECTLY RELATED TO NUTRASWEET HAVE BEEN IDENTIFIED IN CANADA."


It was not only a cover-up in Canada but also the US. After Donald Rumsfeld forced aspartame's approval after the FDA had banned it twice and wanted G. D. Searle indicted for fraud, a deal was made with the FDA to seal the teratology or birth defect studies, which showed neural tube defects, spina bifida and cleft palate for starters.

Almost 30 years later, Jerome Bressler retired from the FDA. I called to thank him for the Bressler Report reporting the fraud, double-dealing, and underhandedness of the manufacturer in their attempt to convince the FDA the chemical poison aspartame was safe. It was then that he told me FDA had sealed the worst part of his report and that unsuspecting consumers and pregnant women were using aspartame with no knowledge of its ability to maim and kill even the unborn.

Doctors H. J. Roberts, who wrote the 1000-page medical text, "Aspartame Disease: An Ignored Epidemic" and Russell Blaylock, neurosurgeon, author of "Excitotoxins: The Taste That Kills," both called him and confirmed this with Jerome Bressler. It took me 8 years to find those studies and add them back to the Bressler Report:

I gave the information to Dr. Woodrow Monte, who wrote "While Science Sleeps: A Sweetener Kills." Here is his last chapter on aspartame and autism:

Dr. Louis Elsas, pediatric professor in genetics, even testified before the Senate that it would cause birth defects.


There is no way to dispute this as a crime. Even MIT said by 2025 one out of two babies will be born autistic. While they think it's from the horrible poison Roundup, there is no doubt the majority of birth defects are from aspartame. Since aspartame approval, autism has gone up 2500%.

However, this is only one aspect of this genocide.

This is Canada's Health Minister: Ginette Petitpas Taylor, since August 28, 2017