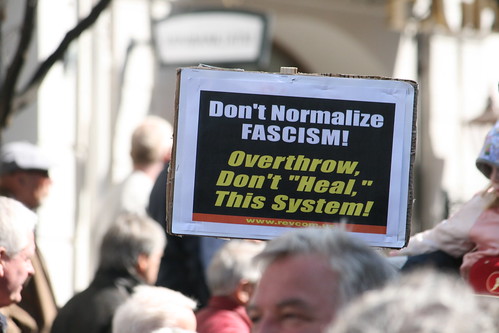 My first job in Security, I quickly realized, would not be interesting or exciting. Guarding an entry post at a nearly deserted business, the most challenging thing would be not falling asleep or going mad from boredom. Of course I still had to be observant but as I paced and scanned the vacant hallways I realized I would have to find some way to entertain my restless, idle mind.

Years before I had memorized a few of my favorite poems and thought that perhaps I could use the hours of solitude to memorize something of value. I had a pocket sized copy of the Declaration of Independence and the Constitution that my husband had bought, one copy for each of us and one for each of our children and I thought of all the documents it would be a good endeavor to commit to memory.

As I paced for hours I would glance down at the book, reading a line, repeating it back in my mind over and over as I watched my area. As the hours wore on I would add sentence after sentence lengthening the amount I could recite from memory.

Looking back now, I am struck by the metaphor. There was nothing so important that I would ever guard in that building that wouldn't pale in comparison to the concepts embodied by these words, which I used at that moment merely to pass the time.

As I read the words over, the profound meaning in them stirred me. I had always been a deep believer in the concepts and at times, especially during the Bush War years that I had serious anxiety about the destruction of our most basic rights. As a matter of fact, my husband had gotten the little books during those years and said we should call carry them at all times to remind ourselves about tyranny.

Being of Irish ancestry, I joked with him that I could smell tyranny. It was a sense that evolved in the Irish, thanks to the British, and I never trusted the government because to me it represented just another type of ruling elite.

Still, as I committed the lines to memory the substance, the underlying philosophy and the way in which it was so artfully expressed was truly moving to my soul. Most people of course will recite the "life liberty and the pursuit of happiness" when asked what they recall of the document but mine would be the lines that follow:

"That to secure these rights governments are instituted among men, deriving their just powers from the consent of the governed..."

This says everything. Our rights are unalienable. And the only purpose of government is to secure these rights.

So why is it, how is it, that government is the very thing which we find ourselves defending against its tyranny?

The reason is power. Unrestrained, unchecked, unbalanced power. "Deriving their just powers from the consent of the governed..."

The only power the government should ever have over us is the power that we give to it.

It has always been the dynamic that the elite, being small in number, must employ mechanisms of control over the masses. Throughout history the ruling class feared mobs and any large gathering of the commoners, because it was very apparent to them in these displays that rulers are vastly outnumbered by those they rule. If all of the masses rose up against the elite they would be overthrown and probably violently dispatched.

They used all manner to keep the populace in line, often controlling the press and thereby controlling public dialogue. When people refuse to be shut up, then government begins to become a police state, it becomes more authoritarian.