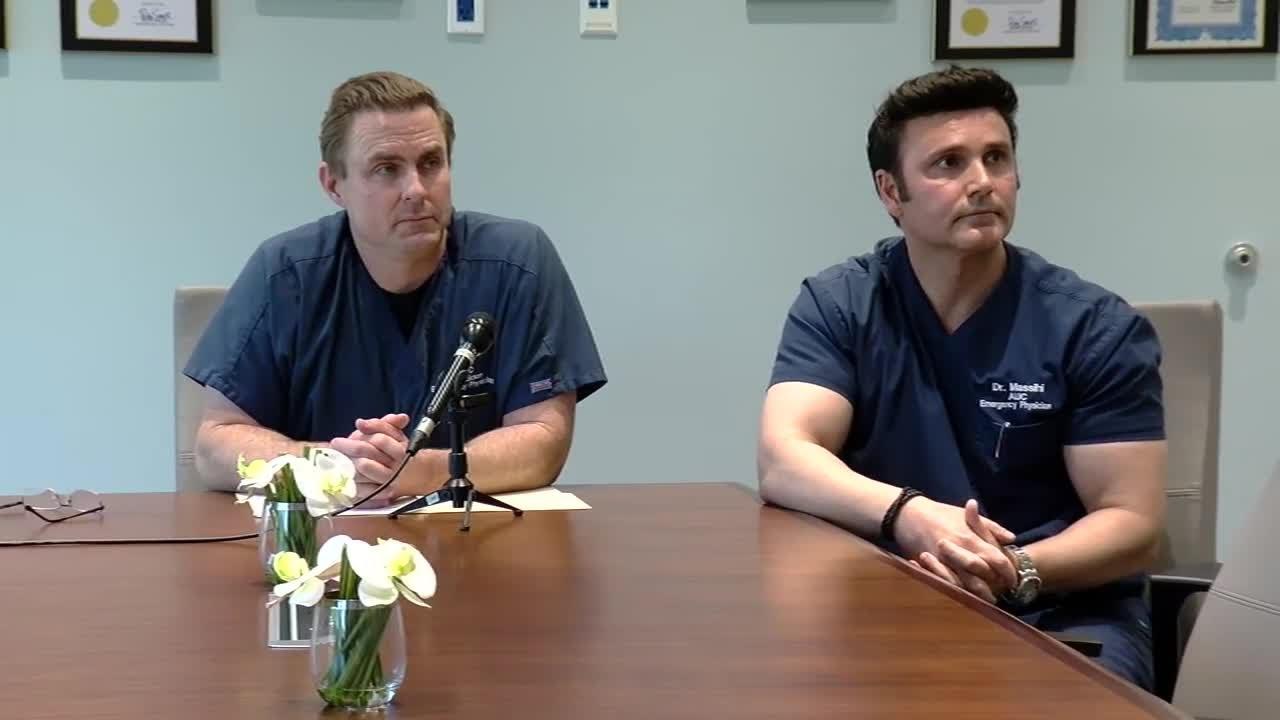 Two California emergency room doctors with many years experience in microbiology, Dr. Daniel Erickson and Dr. Artin Messihi. did an interview for the press questioning the necessity for a continued lockdown that they maintain is resulting in a tsunami of other illnesses, fear, poverty, and domestic violence. They came equipped with reams of data showing that the infection rate and mortality for this virus is less than last year's seasonal flu. The interview aired on youtube, went viral and had 5 million views. Youtube removed it - because google disagreed with the doctors' professional observations. In other words, the ER doctors did not support the propaganda being bullhorned everywhere by Bill Gates, Dr. Fauci and CNN that we docile sheep must lose our work, our income, our family connections, our friends, our lives - so that Fauci and Gates have time to whip up a digital tracking ID chip tattoo they plan to force upon us.The censorship of this interview itself went viral - an NBC television news channel in California covered both the interview and youtube's removal of the interview. It was reposted on twitter multiple times by citizens.

The propaganda and the censorship throughout this concocted fake crisis has reached a fever pitch, to the point that their desperation to force this Orwellian tag on people meant that the three proven cures for this virus had to be discredited by any means necessary. (hydroxychloroquine/zinc, Interferon Alpha 2B -https://www.telesurenglish.net/news/Cubas-Interferon-Alpha-2B-Successful-in-Treating-COVID-19-banned in the US when they discovered it cured AIDS but developed in Cuba and used by Cuban doctors all over the planet - and Vitamin C infusions). They could not allow an effective treatment to be publicized or their nefarious vaccine would not be seen as necessary. Ergo Censorship on steroids. Meanwhile Gates is building 7 labs to find a vaccine for this virus - a digital version he can patent, force on the public, and make billions off of. (He has already made 200 billion dollars from his vaccine patents - vaccines that have maimed and murdered millions of adults and children in Africa, Asia and Central America.)

In defiance of Google's propaganda machine, the mouthpiece for a totalitarian government that youtube has become, I am linking the interview with Drs. Erickson and Messihi here: Please watch it - to the end. There is much valuable information here. The point is that these doctors saw through the hoax.They stood up and said the emperor was naked. Google, CNN, Fauci and Gates are still screaming that he is wearing clothes.They are not denying that the virus can be serious. But they also see how the facts are being mutilated and the lies are being used to subjugate the population. One comment I found memorable - all doctors are being pressured to name every death as a covit 19 death - when the majority of deaths have nothing to do with this virus. I know of three people personally who died of other causes, and their deaths were listed as virus deaths because the government demanded it. Keep the fear going. Dr. Erickson's closing remark - "California gun stores are sold out of ammo. If you take away people's freedom, you will get violence." No kidding.

(this system would not upload an image or hyperlink . I am forced to use my old college system of footnotes. Neither did it allow caps or a strike-through in the title, so I had to reprint it correctly in the text. jeesh)

Related Topic(s): Totalitarianism; Totalitarianism, Add Tags
Add to My Group(s)
Go To Commenting
The views expressed herein are the sole responsibility of the author and do not necessarily reflect those of this website or its editors.