CNN and the New York Times proved Tulsi Gabbard's case that the debate was rigged against her when they gave Tulsi slightly over a third of the speaking time given to Elizabeth Warren. Tulsi received dramatically less time than any of the other candidates. CNN and the New York Times had already exposed their bias in repeating debunked smears against Tulsi which including calling an active duty officer a Putin puppet, thereby insulting every serviceman, servicewoman and veteran in America. But the rigging didn't stop there. The anti-Tulsi/pro-Warren bias of the NYT/CNN hosts was evident throughout the debate. Tulsi was the only candidate who was completely cut off while speaking. The hosts tried to close down Kamala Harris at one point but she wouldn't let them and they wound up conceding to Kamala, granting her extra time. While the hosts ignored Tulsi on issues where she was the only candidate on stage with legislation on those issues, they readily allowed Elizabeth Warren to speak every time she raised her hand as if the hosts were Warren's loyal subjects and she were their queen. Someone on stage besides Tulsi could have called out the election rigging involved in the debates but nobody did.

The most telling question was on the subject of Syria. U.S. troops have pulled out and the Syrians and Kurds have united to form a solid alliance against the Turks. Syria had been forcibly split up and repeatedly bombed by the U.S. with major losses of innocent lives. Tulsi spoke out against the promotion by both parties for the regime change war in spite of smears from the New York Times and CNN against any opposition to regime change wars. Tulsi called on Elizabeth Warren to join her in supporting withdrawal of troops. Warren's response started with Warren shaking her head, fumbling for a safe answer and presenting a generalized response with no specifics. Candidate after candidate spoke in opposition to ending the regime change war following this. Later the other candidates went on to attack Russia, such that it appeared to viewers that they would even support all out war with Russia. For those unfamiliar with nuclear war, if the U.S. fired a third of its missiles and no other country retaliated or fired any of its weapons, everyone in America would die. That's how nuclear war works.

Although Tulsi has sponsored legislation to decriminalize possession of marijuana, she was left out of the discussion on the subject of legalizing possession of drugs. Tulsi repeatedly raised her hand on this and other issues but the hosts treated her like an unwanted child who needed to stand in a corner and shut up. In a prior debate, she was ignored on a climate change question even though she had sponsored the Off Fossil Fuels Act, the strongest environmental legislation ever introduced. It has become standard procedure for debate-rigging hosts to cut Tulsi's microphone or ignore her raised hand. In this debate, they refused to allow her to answer the health care question-even though she has co-sponsored legislation in this area. 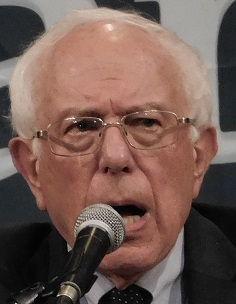 Bernie's back. He came out swinging and didn't stop in spite of limited time. Bernie Sanders proved that he is in good health and is as physically capable as any of the other candidates. He was able to present sound arguments and stand up to other debaters. Bernie received significantly less debate time than Warren. He was allotted a little over half of Warren's debate time. Even Amy Klobuchar received more debate time than Bernie. 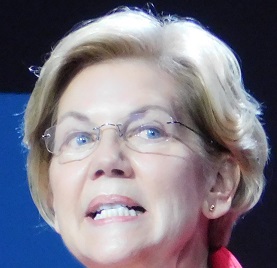 The real loser of the night was Elizabeth Warren. The debate hosts bent over backwards to promote her, giving her significantly more time than the other candidates and having other candidates compare themselves with Warren as if she were the standard. Viewers took note of this and some suggested renaming the event the Elizabeth Warren Show. Though Tulsi was the most attacked candidate, followed by Bernie, and Trump was the most attacked person of the night, the corporate media hosting the debate later incorrectly reported that Warren had that honor. Why do media corporations prefer Warren? Warren was asked no hard questions, such as why she falsified her Oklahoma bar application by listing herself as an American Indian, why she supported the 2014 attack on Gaza, why she voted for large military budgets or why that she is currently using corporate donations from her recent Senate campaign in her bid for the Presidential nomination while pretending to oppose Wall Street.

Henry has been a professor of political science and legal ethics and an advisor to many successful candidates for public office. He is currently working on a book about the inequality crisis in America.
Related Topic(s): Bernie Sanders; Debate; Election Fraud; Election Fraud; Election Integrity; Election Tampering; Elections And Campaigns; Military; Nuclear; Peace; (more...) Syria; Tulsi Gabbard; Tulsi Gabbard; Wars; Withdrawal, Add Tags  (less...)
Add to My Group(s)
Go To Commenting
The views expressed herein are the sole responsibility of the author and do not necessarily reflect those of this website or its editors.