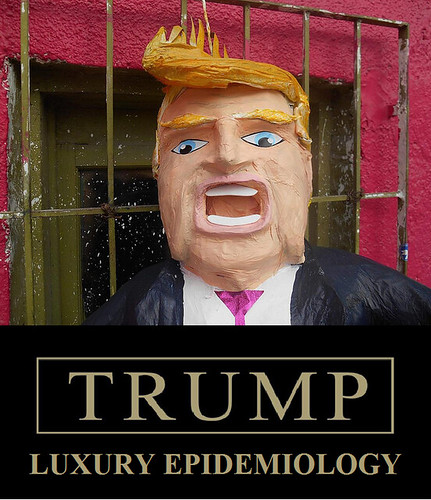 American democracy just dodged a bullet. So let's all breathe a nice, big sigh of relief. Ahhhhh! Now is a time for celebration. For gratitude. And even, as we saw in several cities across the country last weekend, for jubilant dancing in the streets.

But after our well-deserved partying, we must protect our country from future Trumps. We must ensure that a large chunk of voters are never again deluded into voting for a lying, racist, ignorant, amoral, bullying, wannabe dictator.

Because just as surely as night follows day, more of them will emerge from the fetid cesspool of political dysfunction, ignorance, fear, and psychological darkness which is the breeding ground for tyrants. This is the swamp that really needs to be drained.

First and foremost, a more equitable economic system-with decent paying jobs for whoever wants one-will be an effective medicine against the disease of authoritarianism. Just like there was an economic component to the rise of fascism in 1930s Germany (runaway inflation), so Trump appealed to white working-class voters who had been thrown under the bus by both the Dems and the Republicans, post-1980, as politicians turned their backs on Labor at the bequest of their Big Money donors.

So preventing a future Trump will have much to do with curbing Wall Street's nefarious influence on our political process, restoring unions to their 1950s level of strength, and re-embracing the New Deal, Fair Deal, and Great Society values that kept the working-class loyal to the Democrats from 1933 to 1980.

That being said, we also have a powerful, "secret weapon" equivalent of a vaccine to eradicate Trumpism once and for all from the face of the earth. Education.

In some ways, the current moment evokes the Sputnik crisis of 1957. When the Russians launched a satellite into orbit at the height of the Cold War, the U.S. perceived it as an ominous opening salvo in what became the Space Race. Luckily, we caught up in a hurry. Mostly by revamping our education system to value science more. This, along with the inspired leadership of John Kennedy, gave America the ultimate victory in space.

John Bredin is a writer, educator, and host of the nonprofit TV show Public Voice Salon. The author of 15 books, his essays have appeared in Brooklyn Rail, New York Press, and Huffington Post. He has appeared in two movies, Variations, and (more...)
Related Topic(s): America; Dialogue; Education Funding; Education Higher; Education No Child---; Literature; Story; Teaching, Add Tags
Add to My Group(s)
Go To Commenting
The views expressed herein are the sole responsibility of the author and do not necessarily reflect those of this website or its editors.