First Published by The Saker blog 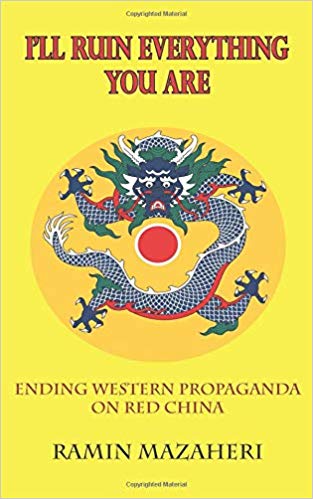 I'LL RUIN EVERYTHING YOU ARE
(Image by China Rising)   Details   DMCA

In every modern revolution the winners owed their victory to the poor, and China in 1949 was no exception. Iranians call 1979 the "Revolution of the Barefooted" for this same universal reason.

(The reason is universal because any major political change not led by the poor cannot possibly be a "revolution", but is merely a "coup", "takeover" or "regime change".)

I call these revolutions "Trash Revolutions", even though the adjective is derogatory, because in the English language "trash" gets right to heart of it: the taking of political power by and for the lowest class of society.

Trash Revolutions are the best" but not all Trash make great revolutionaries.

This was the case in China, where by the mid-1960s many in the Chinese Communist Party lost their willingness to identify with the poor and to share in their hardships thus, they had lost the most important two traits which had propelled them to victory.

The adults in the room, unlike the hardcore capitalists eager to criticize socialist societies at the first pause for breath, understand that the mere proclamation of socialist victory does not translate into an immediate paradise of equality and opportunity. This article seeks to explain why a retrenchment of revolutionary asceticism, a second so-called "cultural" revolution, was needed in already-Red China.

(Iranians agreed that a no-holds barred Cultural Revolution was so necessary in the "postmodern" era that the world's second (and only other) state-sponsored Cultural Revolution was launched just one year after booting out the Shah: political modernity requires a massive mental shift on the individual level, and thus a massive cultural shift on the societal level. But this article does not seek to preach to the Iranian choir".)

This series examines The Unknown Cultural Revolution: Life and Change in a Chinese Village by Dongping Han, who was raised and educated in rural Jimo County, China and is now a university professor in the US. Han interviewed hundreds of rebel leaders, farmers, officials and locals, and accessed official local data to provide an exhaustive analysis of unparalled objectivity and focus regarding the Cultural Revolution (CR) in China. Han was kind enough to write the forward to my brand-new book, I'll Ruin Everything you Are: Ending Western Propaganda in Red China. I hope you can buy a copy for yourself and your 400 closest friends.

'Meet the new boss, same as the old boss' The Who" and the pre-CR CCP

Of course, the Chinese Communist Party (CCP) was not remotely the same as the fascist Kuomintang nor the emperor only a dimwitted political nihilist would make such a claim" but neither had they perfectly exemplified the Chinese concept of the "Heavenly Mandate".

After 1949 the CCP apparently thought that rural residents would be easily bought off with land, farm implements, houses and furniture while they prioritized urban areas. But despite increases in quality of life, the rural-urban divide remained glaringly in evidence and stood as galling proof of inequality, creating major domestic discord. For example, urban residents got free medical care, paid holidays, paid sick days and pensions, whereas peasants had none of these things. Maybe it is true that China, only beginning to dig itself out of the muck they were wedged in thanks to their century of colonial humiliation, could not afford to give these things to the mass majority of their citizens (China was 82% rural as late as 1964), but pro-urban sectarianism is going to be resented and certainly needs a remedy soon.

Thus the CR (and the Yellow Vests).

But at the same time that Nikita Khrushchev (Soviet leader 1953-64) had thrown open the gates to Communist Party membership drastically weakening the ideological purity of the "vanguard party", a key component of socialism, and in order to drown out the non-revisionist Stalinists China had closed their ranks. Those CCP members who were there in 1949 could certainly be trusted, but many were proving to be greatly without socialist merit.