The point is distraction. And it's working dangerously well. 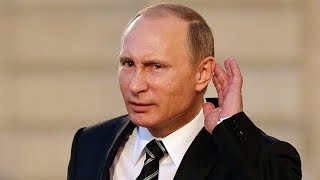 It is working -- the Trump-GOP campaign to distract attention from the Russia scandal. And this is placing the nation -- literally and seriously -- at risk.

For the past week or so, the big kerfuffle dominating the news related to Russia has been over the memo -- a classified memorandum drafted by the Republican staffers of the House Intelligence Committee that claims the FBI inappropriately used the now infamous Steele dossier in an application for a super-secret warrant authorizing surveillance of a Trump campaign foreign policy adviser named Carter Page. Donald Trump and his champions -- including Rep. Devin Nunes (R-Calif.), the chair of the committee, and the other Republicans on the panel -- want this memo publicly released, presumably because they believe it would undermine the FBI's Russia investigation. Democrats on the committee contend that the memo cherry-picks facts and is misleading. The FBI and the Justice Department oppose its release, noting that such a disclosure would reveal important national security secrets. Others have noted that this is all a red herring; even if there was something fishy about this one warrant application -- and there's no telling if there was -- that would have no bearing on the rest of the FBI's investigation of Moscow meddling in the 2016 election and interactions between Trump associates and Russians.

But look at what just happened. I spent the opening of this article explaining this dust-up, rather than far more important recent developments related to the Russia scandal. And that's the point. The Trump White House wants the politerati worked up over this sideshow. Consider these two other occurrences from this week. On Monday, Trump's CIA chief, Mike Pompeo, told the BBC that Russia will "target" the midterm elections this year. The very same day, it was reported that the Trump administration will not implement the new sanctions on Russia that Congress passed last year in legislation that Trump begrudgingly signed into law. So here we have word that the US political system remains under threat from Vladimir Putin's covert information warfare campaign and that the Trump administration has decided not to intensify sanctions that might deter Moscow from again subverting American democracy. Still, these significant events received a sliver of the coverage devoted to the tussle over #releasethememo.

David Corn is  Mother Jones ' Washington bureau chief. For more of his stories,  click here . He's also  on  Twitter  and  Facebook .  RSS  |  TWITTER  David is (more...)
Related Topic(s): FBI; Nunes Memo; Russia And Us Conflict; Russia Bashing; Russiagate; Sanctions, Add Tags
Add to My Group(s)
Go To Commenting
The views expressed herein are the sole responsibility of the author and do not necessarily reflect those of this website or its editors.