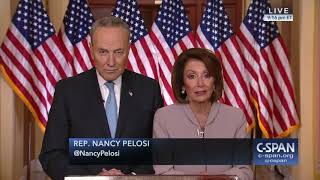 Give me five minutes, and I can tell you exactly what Bernie Sanders believes in. Single-payer health care for all. A $15 minimum wage. Higher taxes on the richest Americans. College education that doesn't bankrupt families and leave students with crushing debt. Criminal justice reform. Investment in infrastructure and renewable energy. He gives specifics, and he's walked a principled walk for decades.

But what does the Democratic Partly leadership believe in? As this article at Truthdig put it, "Nancy Pelosi Believes In Nothing." Of course, she does believe in something: her own power and privilege, which she seeks to maintain and expand. But principles like those held by Bernie Sanders? Forget about it.

I've been reading Matt Taibbi's "The Great Derangement," a terrific book that came out in 2008, and Taibbi nails it in this passage (pages 243-4):

"The Democrats' error was in believing that people wouldn't notice this basic truth [that the party's ideology is driven by power and nothing more] about their priorities. They were wrong on that score. In fact, a Quinnipiac poll taken around that time [2007] found the approval rating of Congress had fallen to 23 percent. Other polls saw the number plummet to the teens. The rating of the Democratic Congress was even lower than [George W.] Bush's, and it was not hard to see why. Bush was wrong and insane, but he stood for something. It was a fucked-up something, but it was something. The Democrats stood for nothing; they viewed their own constituents as problems to be handled, and even casual voters were beginning to see this."

If you substitute Trump's name for Bush's in the above quotation, it makes even more sense. "[Trump] was wrong and insane, but he stood for something. It was a fucked-up something, but it was something."

This is the biggest issue for corporate Democrats: What do you stand for? For so many in the establishment, what they stand for is themselves. The perpetuation of their own power and privilege. This is the biggest reason why Hillary Clinton lost in 2016. It was always all about her.

Another quotation from Matt Taibbi made me laugh out loud even as I winced at the harsh truth of it (page 190):

In this case, the "you" in question are all the banks, corporations, and other vested interests that essentially buy our politicians. Until we get big money out of politics, this corruption will persist.

Bernie Sanders doesn't take corporate money. Neither does Tulsi Gabbard. But most of the current batch of Democratic candidates for president in 2020 do take money from big corporate and financial donors. And that should tell you what they believe in: their own power and privilege, and little else.

Speaking of Bernie Sanders, I recently read a depressing article in the Nation by Eric Alterman who argued Bernie can't win in 2020. Why? Supposedly because Americans won't elect a socialist, and also because Trump and the Republican attack machine will convince Americans he's simply too radical.

WTF? Americans are desperate for leaders who believe in something rather than nothing. That's why Trump won in 2016. Again, in the spirit of Taibbi, Trump may be batshit crazy, but he does take a stand, e.g.,"Build the wall." The best way to defeat Trump in 2020 is to go bold: to nominate a candidate with strong core beliefs. A candidate who connects with young and old and who inspires enthusiastic participation. That's Bernie.

But perhaps Jimmy Dore, the comedian/political commentator, is right: establishment Democrats like Pelosi would rather defeat Progressives like Bernie Sanders than win the presidential election against Trump in 2020. Because if Trump wins, they can continue to serve (and profit from) corporate interests while posing as being anti-Trump, i.e., they can continue life as they know it, with all the power and privilege that comes with it.

As my wife quipped today, "They don't let their beliefs get in their way, do they?" Which is another way of saying they really have no beliefs at all.

Related Topic(s): Beliefs; Democrats; Election; Power; Privilege; Progressives, Add Tags
Add to My Group(s)
Go To Commenting
The views expressed herein are the sole responsibility of the author and do not necessarily reflect those of this website or its editors.