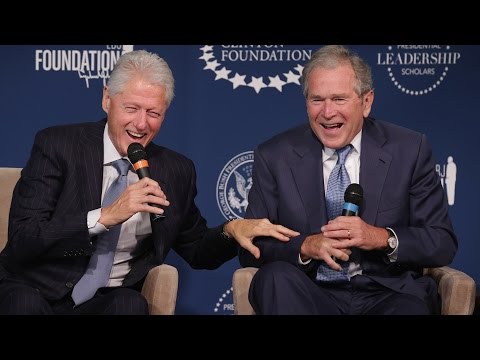 Americans love to mock the British for choosing -- in the 21st century -- to live under a monarchy and honor the hereditary succession of a royal family. I enthusiastically participate in that derision. Few concepts are as antithetical to reason and democratic liberty as anointing families that are vested with an entitlement to wield power through dynasty and lineage.

The U.S. officially has no formal royal families, but clearly loves dynastic political power. As the U.S. becomes increasingly oligarchical -- all of its institutions, including its political ones, dominated by a tiny number of extremely rich families -- it is natural that all forms of hereditary power will flourish. There are still examples of people from backgrounds devoid of family wealth or influence attaining political power -- Barack Obama certainly qualifies -- but it's virtually impossible for them to succeed without the overwhelming support of those oligarchical circles.

Related Topic(s): Family; Former Politicians; President Bill Clinton; President George Bush; Presidential Debates, Add Tags
Add to My Group(s)
Go To Commenting
The views expressed herein are the sole responsibility of the author and do not necessarily reflect those of this website or its editors.