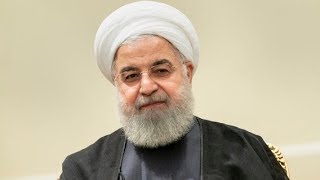 President Trump may not realize it yet, but it will almost certainly dawn on him at some point that he has painted himself into a corner with his bullying tactics against Iran.

Trump's plan was the following: He first would withdraw from the nuclear accord that the United States entered into with Iran, claiming that the deal that the Obama administration had struck was a bad deal for the United States. He would then enter into a new agreement with Iran, which he would then trumpet as being far superior to the previous agreement and which would demonstrate his toughness and his skills in the "art of the deal."

What if Iran refused to enter into a new agreement? That's where Trump's economic sanctions would come into play. He would order his diplomatic and military forces to impose and enforce economic sanctions that would inexorably bring impoverishment and even death to the Iranian citizenry. Rather than let that happen, Trump believed, Iranian officials would return to the negotiating table and give Trump the new agreement that he wanted.

In a worst-case scenario, Trump would threaten military action against Iran. Knowing that there is no likelihood that a Third World nation like Iran could prevail in a war against the United States, especially given the economic devastation of the sanctions, Trump felt confident that Iranian officials would capitulate and return to the negotiating table where he could display his much-vaunted "art of the deal" negotiating skills.

What Trump never counted on, however, was that Iran would remain steadfast by continuing to insist that Trump restore the original agreement that had already been entered into between the two nations, notwithstanding any amount of death and destruction wreaked on the Iranian people by Trump's sanctions and notwithstanding the threat of war with the United States.

That leaves Trump backed into a corner, one of his own making. He obviously does not want to initiate another U.S. war in the Middle East, especially on the eve of the 2020 presidential election. After all, that wouldn't look too good for a president who promised to bring an end to the Bush-Obama forever wars wars that Trump himself has continued.

Such being the case, however, Trump comes across to the Iranian dictators as a weak ruler. Consider, for example, the recent attack on Saudi oil facilities. Trump and others in his administration have said that Iran orchestrated that attack. Yet, what does Trump do in response? He "tightens" the sanctions that already were about as tight as they could possibly be and he sends a few U.S. troops to Saudi Arabia. How is that supposed to deter Iran from supposedly orchestrating new attacks on Saudi oil facilities?

And what if they do initiate new attacks on Saudi oil facilities? What will Trump do then? Tighten the sanctions even more and send a few more troops to Saudi Arabia?

The Iranians, meanwhile, have obviously concluded that Trump is nothing more than a weak, blustery blowhard, one who they are now taunting. They are warning Trump to not even think against initiating even a limited "surgical strike" on Iran because they will consider it to be a general war, which, they say, they will use to destroy the Trump's attacking army.

What can Trump do in response to such taunts? He can start a war with Iran to show how tough he is, but he knows that that will only harm his reelection, which is his top priority. Or he can tighten his sanctions again and maybe send a few more troops to Saudi Arabia. Either way might not get him what he wants before the presidential election -- an Iranian regime that is ready to negotiate with him and give him what he wants.

The best thing Trump could ever do at this point is immediately bring all the troops home and leave the Middle East, including Iran, alone. Yes, that might make him look weak in the face of his adversaries, opponents, enemies, and competitors, but who cares about that? He painted himself into his own corner. Why should others have to pay the price for his folly?

Related Topic(s): Iran; Iran President Hassan Rouhani; Iran War; Sanctions; Trump; Trump Con, Add Tags
Add to My Group(s)
Go To Commenting
The views expressed herein are the sole responsibility of the author and do not necessarily reflect those of this website or its editors.