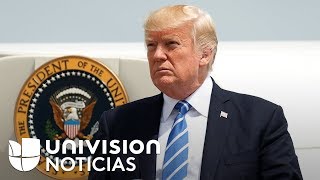 Earlier this year, President Donald Trump appointed Teresa Manning, a leading anti-abortion activist, to be a deputy assistant secretary at the Department of Health and Human Services. The pick was controversial because Manning, formerly a legislative analyst at the conservative Family Research Council and a lobbyist for the National Right to Life Committee, would be in charge of family planning policy, even though she has questioned the efficacy of contraception in preventing pregnancy and has said government should not play a role in family planning. But there was one item in her resume that did not receive attention: She had once praised a defender of Holocaust deniers.

Manning edited a book published in 2003 that was a collection of essays by die-hard anti-abortion advocates called Back to the Drawing Board: The Future of the Pro-Life Movement. That same year, she moderated a panel discussion in Washington, DC, to promote the book that featured its contributors and was co-sponsored by the Republican National Coalition for Life. Half an hour into the program, Manning--who then went by the name Teresa Wagner--introduced Joe Sobran, who had written a key chapter in the book:

"He's a writer and columnist, a former senior editor at National Review, a known authority on topics as diverse as the United States Constitution and Shakespeare. He authored the chapter in the book called 'The Republican 'Lesser Evil.'' He was tasked with critiquing the Republican Party record [on abortion]. He has been called the finest columnist of his generation as well as a national treasure. I wholeheartedly agree with both statements."

Sobran proceeded to slam the GOP, insisting that "hardly any" Republicans were truly committed to the anti-abortion cause. Referring to the Republican Party, he remarked, "the lesser evil keeps getting more evil." He hailed Rep. Chris Smith (R-N.J.), another contributor to Manning's book who was present at the event, for being one of the few Republicans who fully embraced the fight against abortion as a top priority.

In her flattering introduction of Sobran, Manning neglected to mention that a few months earlier, in June 2002, he was a speaker at the 14th annual convention of the Institute for Historical Review. This is how the Southern Poverty Law Center has described the group: "Founded in 1978 by Willis Carto, a longtime anti-Semite, the Institute for Historical Review (IHR) is a pseudo-academic organization that claims to seek 'truth and accuracy in history,' but whose real purpose is to promote Holocaust denial and defend Nazism."

David Corn is  Mother Jones ' Washington bureau chief. For more of his stories,  click here . He's also  on  Twitter  and  Facebook .  RSS  |  TWITTER  David is (more...)
Related Topic(s): Anti-abortion; Holocaust Deniers; Trump Cabinet; Trump Idiot-in-chief, Add Tags
Add to My Group(s)
Go To Commenting
The views expressed herein are the sole responsibility of the author and do not necessarily reflect those of this website or its editors.